This Is the Brain Circuit That Makes You Shy

What do you do when you want to study something as complicated as what happens deep in the brain when two strangers meet? You develop a completely new way of tracking nerve connections, and then you test it in mice.

That’s what Dr. Karl Deisseroth, a professor of psychiatry and bioengineering at Stanford University, and his colleagues did. “We know social behavior is complicated, but to be able to delve into the brain of freely behaving mammals and to see the signal in real time predicting their social interaction was very exciting,” says Deisseroth, who published his results in the journal Cell.

Brain researchers have long known that certain chemicals known as neurotransmitters soar or drop depending on what we’re doing and how we feel. Based on these observations, drug companies have developed an armada of medications aimed at mimicking these changes to treat everything from depression, hyperactivity and even social anxiety or shyness. But there’s a difference between observing hormone levels rising or falling and identifying a specific circuit — among the millions that occur in the brain — responsible for how we feel and whether we are friendly at a first meeting, say, or a little more reserved. Studying those circuits has been challenging because scientists simply couldn’t get real-time information about which nerves were firing, and where, when certain behaviors, such as a meet and greet, occurred.

(MORE: The Upside of Being an Introvert (and Why Extroverts Are Overrated))

Deisseroth solved that problem. Using optogenetics and fiber photometry, he was able to tag specific nerves in the brain with light-receptor molecules and connect them to ultra-thin fibers that were tied to a switch. Flip the switch on, and the cells were stimulated; turn it off and they quieted down.

Deisseroth and his team hooked up their show to cells that operated on the brain chemical dopamine. When they turned the system on, the cells would release dopamine, and when that happened, the mice showed more interest in investigating newcomers dropped into their cage — they sniffed, they explored and they engaged. When the dopamine activation was turned off, however, the mice made little effort to acknowledge or investigate the intruder.

(MORE: Study: Nearly 1 in 8 Shy Teens May Have Social Phobia)

While manipulating the social interactions of mice is fascinating in itself, Deisseroth sees his findings as being potentially helpful in treating mental illnesses. The fact that he was able to isolate a single circuit that affected something as complex as social behavior suggests that manipulation of deep brain circuits might be a promising way to treat, or modulate behavior in people as well. What if, for example, it became possible to dampen the social aversion that affects some children with autism? If they could interact with people more comfortably, it might be possible to modulate the other symptoms of their developmental disorder. Or what if hyperactivity could be dialed down? Or depression’s darkest moods lightened in the same way?

Deisseroth stresses that we’re far from even speculating how such therapies might be used, but the possibility that deep brain circuits might be tapped to affect behavior is promising. In the meantime, says Deisseroth, “We know these things are complex. The brain is so mysterious, and psychiatry is so mysterious, so our job for a long time will be to deepen understanding of these complex circuits. If that’s the only thing that comes out of this, that would still be great.” 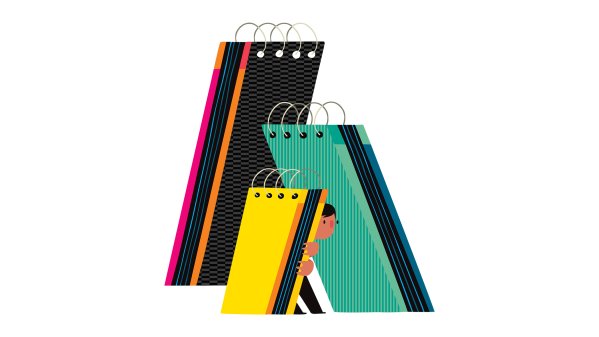 To Solve My Social Anxiety, I Had to Confront Why I Became a Writer In the First Place
Next Up: Editor's Pick