Militants who have advanced across large swaths of Iraq in the past week seized a complex that was once Saddam Hussein’s top chemical-weapons production facility.

The facility still contains a stockpile of old weapons, but they are contaminated and hard to transport, and officials don’t believe the militants could make a chemical weapon out of them, the Wall Street Journal reports. In the aftermath of the U.S. invasion a decade ago, the U.S.-impaneled Iraq Study Group determined that the facility was sufficiently dismantled and that the remaining chemicals were useless.

But the capture of the Muthanna complex, roughly 45 miles northwest of Baghdad, highlights the threats from the advancing Sunni forces of the Islamic State of Iraq and Syria (ISIS) and its allies.

“We remain concerned about the seizure of any military site by the [ISIS],” State Department spokeswoman Jen Psaki told the Journal. “We do not believe that the complex contains CW materials of military value and it would be very difficult, if not impossible, to safely move the materials.” 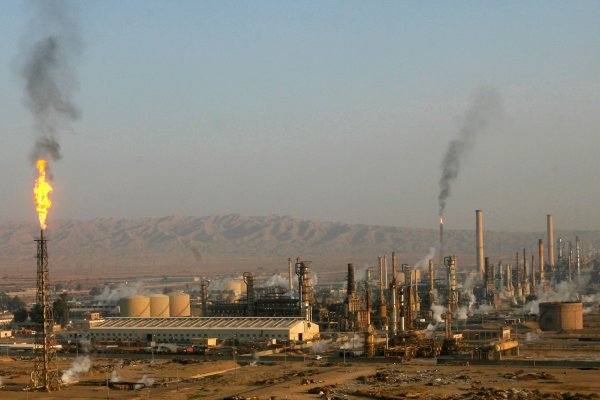 Iraq: Oil Refinery Is Ours
Next Up: Editor's Pick