What do you get the 1-year-old who has everything? His own currency, of course.

The Royal Mint announced it is creating a limited-edition £5 silver coin in honor of Prince George’s first birthday on July 22. It’s the “nation’s gift” to the Royal Baby.

Queen Elizabeth II’s face will be on the coin, as with all currency in the U.K. But it will also be the first coin to include the cruciform version of the royal arms, representing England, Scotland, Wales and Northern Ireland, since 1960. There will only be 7,500 coins available, with a limit of 10 coins per household.

Each coin will be sold for £80, or about $136. The coin was approved by the child’s parents, the Duke and Duchess of Cambridge (that’s William and Kate to you commoners), along with his great grandmother, Queen Elizabeth. 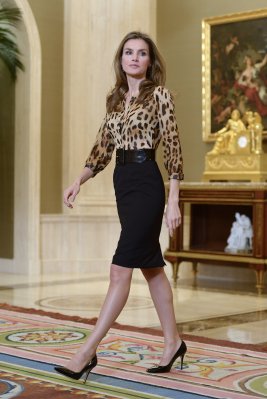 Photos: Meet Princess Letizia, the Next Queen of Spain
Next Up: Editor's Pick