T-Mobile's Unlimited Music Streaming Is the Worst for Net Neutrality

Most things that T-Mobile has done over the last year have made me feel warm and fuzzy inside, but I felt a pit in my stomach on Wednesday when the carrier announced that certain streaming music services won’t count against users’ data limits.

Instead of treating all music services equally, T-Mobile has decided that the most popular streaming music services should get better treatment. If you have a limited data plan on T-Mobile, you won’t come any closer to your monthly cap when using Spotify, Pandora, Rhapsody, iTunes Radio, iHeartRadio, Slacker Radio and Samsung Milk Music.

This is the most insidious type of net neutrality violation, because it’s being pitched as a benefit. Most users stand to gain from the free data, so they may not even care about the slippery slope they’re on.

T-Mobile is well aware that it’s picking winners and losers, so it’s telling users to vote on other services that they’d like to make the cut. This by itself is messed up — why should I have to petition T-Mobile to give preferential treatment to a particular music service? — but it also underscores why net neutrality is so important. New or obscure streaming music services will remain at a disadvantage for as long as T-Mobile doesn’t recognize them. This, in turn, makes it harder for these services to take off, enforcing a vicious cycle.

What’s really scary is that some tech pundits don’t even see this as a problem. Ross Rubin, an analyst whose opinions I usually respect, wrote on Twitter that the free music streaming is “not really a net neutrality issue” because T-Mobile isn’t favoring any one provider or setting up a “fast lane” for chosen services. But with wireless Internet, data caps are just as important as speed limits. The incentive to use unrestricted services is just as strong.

The good news, for now at least, is that T-Mobile isn’t charging music services for uncapped data, according to The Verge. And as the smallest of the major carriers, T-Mobile doesn’t pose a huge threat to the streaming music market on its own.

But by going down this road — and getting a warm response for doing so — T-Mobile is signaling to its competitors that it’s okay to dole out preferential treatment as long as customers see a short-term benefit. Once the hooks are in, T-Mobile could easily start charging these music services for their customers’ data use, and other carriers could start doing the same. AT&T has already set up a system to allow “sponsored data,” and Verizon has expressed interest in this business model as well.

And there’s nothing you can do about it. We currently don’t have any net neutrality protections in the United States, and it’s unclear whether wireless Internet will even be included as the FCC draws up new rules that can withstand legal scrutiny. Besides, if enough people feel good about what T-Mobile is doing, it’s hard to imagine regulators getting in the way. T-Mobile tries hard to look like it’s putting an arm over your shoulder, but “music freedom” is actually more of a stranglehold. 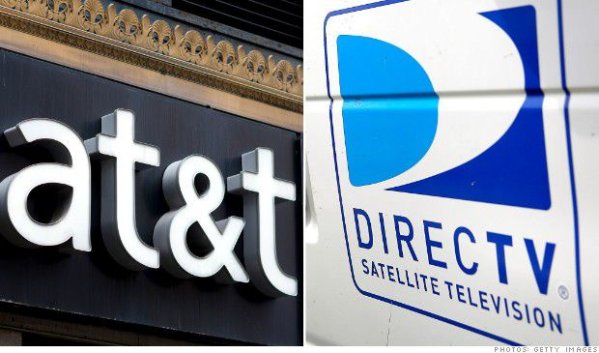 AT&amp;T’s $49 Billion Acquisition of DirecTV to Get Regulatory Approval
Next Up: Editor's Pick