Wireless carrier T-Mobile will soon begin allowing customers to stream as much music as they want from services like Spotify and iTunes Radio. The company announced Wednesday that it will no longer count music streamed from select services towards customers’ monthly data usage limits.

The services currently included in the program are Pandora, iHeartRadio, iTunes Radio, Rhapsody, Slacker, Spotify and Milk Music. These options comprise about 85 percent of the music streaming traffic on T-Mobile’s network, the company said. Customers can vote via social media on other services they’d like to see included as well.

The move will allow avid music listeners to do considerably more with their monthly data allotment. A person that streams music for 50 minutes a day uses about 1.5 GB of data per month just for that task, according to T-Mobile’s own data calculator. If unchecked, such use can lead to huge overage charges on competing carriers’ networks or throttled speeds on T-Mobile (the carrier eliminated overage charges earlier this year in favor of slowing down service for people who use more than their allotted data).

The new feature has similarities to AT&T’s Sponsored Data plan, which alllows companies to pay AT&T to let customers use apps or websites without eating into their monthly data allotment. Some have said that these concepts violate the ethos of net neutrality, which discourages companies from granting preferential treatment in the way they deliver certain types of data across the Internet — though net neutrality rules have not previously applied to mobile Internet use.

Unlike AT&T’s Sponsored Data program, though, T-Mobile will collect no fees from the streaming services that are granted unlimited streaming.

In addition to lifting data caps on music streaming, T-Mobile also announced a new streaming service of its own, called unRadio. The new, on-demand service, made in partnership with Rhapsody, has a catalog of 20 million songs and no ads. It will be free for T-Mobile subscribers with an unlimited data plan and $4 per month for subscribers with more limited plans.

The new programs are the latest steps in T-Mobile’s “Un-Carrier” initiative, which has introduced several disruptive concepts to the wireless industry, such as the elimination of two-year contracts and international data charges. The cost-cutting measures are making T-Mobile bleed money, but they also helped the carrier gain more new subscribers in the first quarter than AT&T, Verizon and Sprint combined. 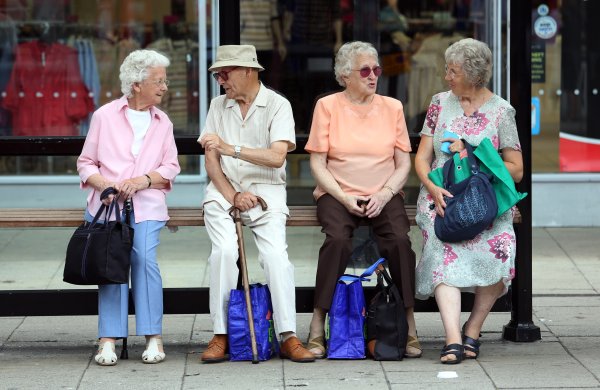 Senior Citizens Are, Like, Totally Into Shopping and Gossiping on the Phone
Next Up: Editor's Pick