WATCH: David Bowie's and Mick Jagger's "Dancing In The Street" Video Without The Music

Back in 1985, Rolling Stones frontman Mick Jagger and David Bowie did a campy cover of the Motown classic “Dancing In The Street.” In 2014, for the latest installment of his music-less music video series, Mario Wienerroither decided to strip out the duo’s dulcet tones and just leave the jumpsuit-and-shoulder-pad-heavy video intact but soundtracked solely by the pitter patter of two sets of very famous feet, the occasional grunt, a train whistle and even a burp.

The result is something that looks like a very energetic exercise video with Mick Jagger playing the enthusiastic aerobics instructor until David Bowie swoops down from the sky like he’s back in Labyrinth and woos Jagger outside. Once they are dancing in the street, the extremely dynamic duo engage in some synchronized dance moves, nearly silent Tai Chi-like arm maneuvers and bold sweeping arm gestures surely directing the silent orchestra. Not since Charlie Chaplin (or, fine, The Artist) has a silent film been so engaging.

MORE: Michael Jackson’s “The Way You Make Me Feel” Video Without Music Is Completely Creepy 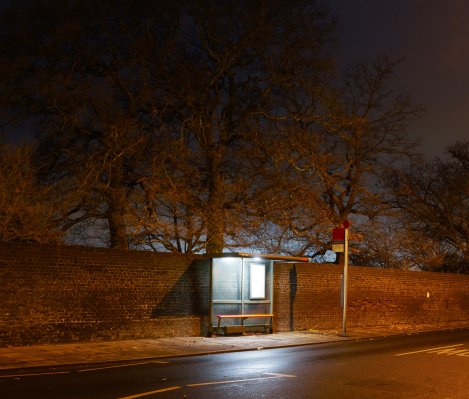 A VHS Copy Of Hellraiser Is Mysteriously Haunting A London Bus Stop
Next Up: Editor's Pick