Twilight of the Hunter

Baffin Island, Sept. 5, 2013. A polar bear collapses on the ground after being shot by Inuit hunters. The Inuit in Canada have traditionally hunted polar bears for subsistence and income to provide for their families, and continue to do so to this day with the blessing of the government.
Ed Ou—Reportage by Getty Images
By Bryan Walsh

Ed Ou’s pictures are hard to look at. A polar bear emerges from the water, drenched in blood, its legs spread and jaw open, as if it were simply caught by surprise. Then hunters in a kitchen, butchering the carcass. Finally the bear’s pelt, cleansed of blood, drying in a bathtub.

Polar bears have become the living symbols of climate change with reason: as the planet warms, the sea ice that they use as hunting platforms is melting, putting them at risk. The idea of hunting and killing a threatened species, one that’s already under pressure from climate change, seems wrong, like crimson blood on white fur.

But look closer at those pictures. Ou, a Canadian, traveled to the Inuit homeland of Nunavut in the far north not to record a polar-bear hunt but to explore a part of his own country that had always seemed foreign. In remote towns like Pangnirtung and Iqaluit, Ou found a culture grappling with extreme poverty, substance abuse and a legacy of mistreatment from the Canadian government, which for decades all but stole Inuit children from their parents, sending them to residential schools where they were forbidden to speak their own language or practice their own culture. The last residential schools were only shut down in 1996, but the effects are still being felt among the Inuit whom Ou went to document, compounded by the extreme isolation of the Arctic and the painful transition from a subsistence-hunting culture to a sedentary way of life. “Trauma has been passed down from one generation to the next,” says Ou. “Alcoholism is high, drug abuse is high, suicide rates are high. It’s a very traumatized place.”

In his photos, Ou shows Inuit like Kelly Amaujaq Fraser, a young woman scarred by a painful childhood. He shows a young man visiting the grave of a friend who had taken his own life — a fate that is far too common in Nunavut. Given such bleak conditions, it’s not surprising that the Inuit would hunt polar bears, as their ancestors did before them. A single pelt can fetch more than $10,000 on the open market, and the meat can feed dozens of people. As distasteful as the sight of a butchered polar bear might be to outsiders, to the Inuit, it’s a matter of survival. “They feel their ability to hunt is one of their last sources of subsistence,” says Ou. “Before you judge them, you have to understand the socio­economic factors driving this.”

That doesn’t mean it’s right to allow the hunts to continue. It’s unclear just how many polar bears are left, and if nothing is done to save them, the continued effects of climate change will likely drive the species closer to extinction. But it doesn’t seem right that the burden of protecting these animals should fall on the Inuit. “They ask, ‘Why do we have to pay the highest price for global warming when we contribute the least?’” says Ou. Justice is something else that’s endangered in the Arctic. 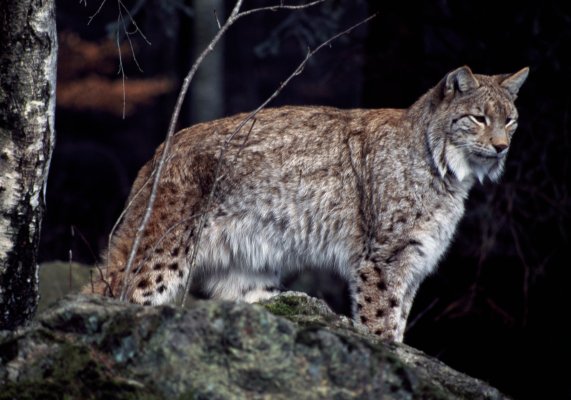 This Stray Cat Broke Into a Zoo and Became Best Friends With a Lynx
Next Up: Editor's Pick