Classic television is all about family drama, showing close-knit circles of people conflicting with each other then realizing that they love each other after all. Especially if they’re brothers and sisters? On the Will Wheaton Project, the Game of Thrones opening sequence was swapped for that other happy family show, The Brady Bunch.

Apart from all the death and betrayal, it’s an easy transition between the two. Instead of wholesome lyrics, Game of Thrones has “He had hair of gold like his uncle, because of incest,” referencing Joffrey Baratheon, of course, and “Ned was noble, so he died pretty quick,” about the Stark king. In the end, everyone comes together in a big, grimacing grid.

In comparison, here’s the original:

As Leo Tolstoy wrote, “All happy families are alike; each unhappy family is unhappy in its own way.” We might add to that, some families are unhappier than others. 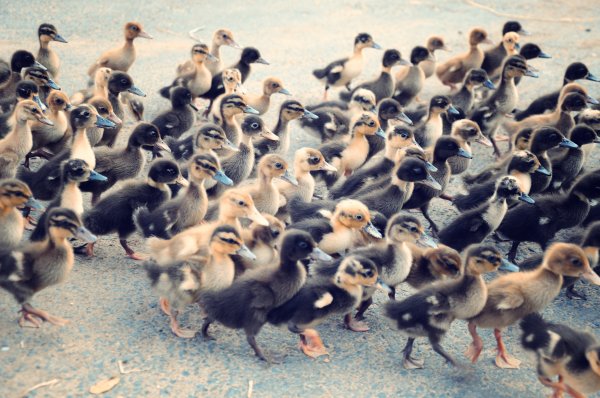 A Duck Stampede May Sound Cute, But It's Actually Horrifying
Next Up: Editor's Pick