Iraq’s government claimed its forces pushed back against Sunni militants who had stormed the country’s largest oil refinery this week, but conflicting reports on Thursday have called their actual progress into question.

Insurgents from the Islamic State of Iraq and Syria (ISIS) and its allies stormed the perimeter of the Baiji refinery, which provides much of the region’s fuel for transport and electricity, early Wednesday. The attack on the refinery comes after ISIS and related forces began advancing through northern Iraq last week.

An Iraqi military spokesman said government troops were in control of the plant by Thursday, but eyewitness reports backed by television footage on Al-Arabiya say the black flag of the militants still flies overhead, the New York Times and Reuters report. Workers at the refinery told the Times that militants still control parts of the sprawling plant.

According to the Times, about 250 Iraqi workers were able to evacuate early Thursday after the attackers partially retreated. The plant’s foreign workers had been evacuated before the assault.

The refinery, about 130 miles north of Baghdad, is in a vast part of Iraqi territory now controlled by Sunni militants. The reports of government successes there Thursday came a day after the Iraqi government publicly requested U.S. airstrikes to halt the fighters’ advance toward the capital. 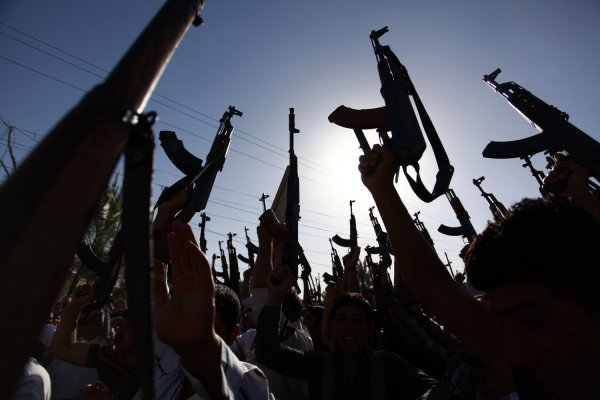 The End of Iraq
Next Up: Editor's Pick