I say this with some hesitation, even some embarrassment. During Obama’s first term, while environmentalists kept complaining that he wasn’t talking enough about global warming, I kept writing that he was doing more about global warming than anyone who ever lived. His stimulus bill was launching a clean-energy boom, his fuel-efficiency rules were ratcheting down greenhouse-gas emissions from cars and trucks, and his new regulations on soot, mercury and other stuff coming out of power plants were accelerating a shift away from carbon. Coal produces three-fourths of our emissions from electricity, though it generates just over a third of our electricity, and I recently predicted that Obama’s carbon rules would take his well-justified (though often denied) war on coal to the next level.

But while the enviros who spent years trashing Obama’s “climate silence” are now hailing his Clean Power Plan as his crowning climate legacy, I’m underwhelmed. The EPA says that by 2030, it will reduce emissions from power plants 30% from their 2005 levels, but that’s just a forecast–and U.S. power plants are already nearly halfway to that goal. Some of the other forecasts in the 645-page draft are even less ambitious. For example, coal-generated electricity is also expected to drop about 30% from 2005 levels by 2030; it’s already down 20%, and another 10% of the coal fleet is already scheduled for retirement. The plan predicts an absurdly low 21 gigawatts of new renewable-power capacity by 2030, about as much as the U.S. has added in the past two years.

In general, the forecasts in the plan would, if anything, undershoot the current pace of decarbonization in electricity. And to the extent that they do have teeth, they won’t bite anytime soon. States will have until 2018 to submit compliance plans and until 2030 to complete them. So if climate hawks don’t win the next several presidential elections, the rules probably won’t matter much.

I discussed my doubts with EPA Administrator Gina McCarthy, a certified climate hawk, who offered several explanations for her plan’s apparent squishiness. The goal, she suggested, was to fashion a plan that could withstand legal and political challenges and to require “what’s doable, reasonable and practical,” not what’s ideal. The EPA was sensitive to the degree of difficulty: the emission cuts required for coal-heavy Kentucky, West Virginia and Wyoming will be less than 20%. The plan also gives states the flexibility to meet their targets by reducing electricity demand, extending the life of zero-carbon nuclear plants and even improving efficiency at coal plants as well as switching to natural gas and renewables. And overall, despite predictably apocalyptic rhetoric from coal interests, opposition has been surprisingly muted.

This helps explain the green movement’s enthusiasm. Enacting carbon rules, any carbon rules, will send a powerful signal to the market about dirty power, especially as the Administration cracks down on coal ash, ozone and other pollutants. It will add uncertainty to the electricity industry’s investment decisions, making utilities increasingly reluctant to pour billions of dollars into the pollution controls required to keep their coal plants online. And it will encourage the rest of the world to follow the U.S.’s lead in international climate negotiations. “This will set expectations, and things will just take off,” McCarthy said.

My question was: If this plan is so disruptive, why does it predict that in 2030, we’ll still get over 30% of our power from coal? Why does it suggest that wind-rich Iowa could get even less of its power from renewables than it does today? McCarthy’s answer was, in effect: It’s wrong. I offered to bet her that the U.S. would add more than 21 gigawatts of renewables by 2030; she said she’d take the over too. “Our model might predict one thing, but my understanding of the world tells me something else,” she said. “These numbers represent the minimum. I think we’ll end up with a much more aggressive impact.”

If we’re still getting over 30% of our power from coal in 2030, the EPA’s plan will be a huge disappointment. It will represent defeat in the Obama Administration’s crucial (though undeclared) war on coal. So it’s encouraging that the plan’s architect doesn’t seem to think it adds up either. 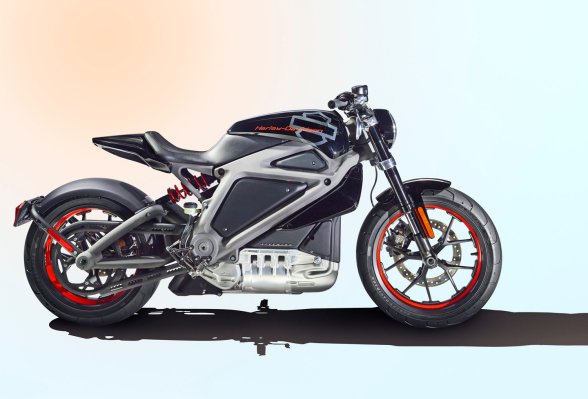