Famous in 12 Tries to Fast-Track Celebrity

Warning: You are now participating in a social experiment, whether you like it or not. Fortunately, this study asks you merely one question: Have you ever heard of the Artiaga family of Beaumont, Calif.?

Chances are you haven’t. But the Artiagas, the CW network and the gossip site TMZ hope to change that with the new reality show Famous in 12–as in, 12 weeks. That’s how long the 11-strong Artiaga clan has to gain renown, as measured by a social-media-tracking “star power meter.” The Artiagas have TMZ’s eye, a place to live in Hollywood and the instant notoriety that comes with cameras following them around. When the summer ends, that’s over. If they’re famous, we’re stuck with them; if they’ve failed, it’s back to Beaumont. The test began June 3 with the series premiere and continues in real time, with each episode covering a week’s events in the quest for fame.

So far, that quest has mostly involved hustling and scheming. “We’ll take the horse to water,” explains executive producer David Garfinkle. “Then they’re on their own.” Among the family’s tactics: wearing bikinis while giving away cupcakes, telling paparazzi (falsely) that “Donald Sterling is at our house right now,” and showing up nearly naked at a local PETA office in hopes of being tapped for an ad campaign.

The show positions itself as an illustration of the heights to which fame for fame’s sake has climbed–or the depths to which it’s sunk. The Kardashians are invoked frequently. “We were always just the biggest TMZ fans,” would-be entertainment icon and Artiaga daughter Jameelah tells TIME. Which Kardashian is she? “A mashup of all of them,” she says. “My life will be amazing once I become famous. I’m going to be busy every day.” She says fame means being talked about, but she and her family didn’t guess that some talk would be from “haters.” Unsurprisingly, that’s been much of the talk so far.

“As the guy who runs TMZ, I know the game,” TMZ’s Harvey Levin says in the show’s intro, “and usually it has very little to do with raw talent.” Talent is particularly irrelevant here, as the family members learn that a summer isn’t long enough to earn attention for their actual skills: deejaying for dad Mike; erotica writing for mom Angie; dancing, modeling and singing for daughters Taliah, Jameelah and Maariyah. Scandal, they suspect, is quicker. In Episode 1, Jameelah meets Ray J, the other player in Kim Kardashian’s sex tape, and asks him whether a sex tape is a good idea.

It’s easy to see the Artiagas as exemplars of a new kind of shamelessness, but what’s really new here is the access and speed with which, if all goes well, notoriety can erupt. And Famous in 12 isn’t the only insta-fame production around. On June 11, VH1 held a 24-hour live-stream battle of the bands called, bluntly, Make a Band Famous. One difference between a normal music competition and this, says VH1 president Tom Calderone, is the acknowledgment that what happens offstage breeds fame as much as, if not more than, what happens onstage.

When the powerful ran the publicity machine, to be famous was an official seal of approval, says Leo Braudy, author of The Frenzy of Renown: Fame and Its History. The easier it is to get ink, whether via the printing press or online, the more accessible fame is to those whom others deem unworthy. Braudy cites Alexander Pope’s 1743 epic The Dunciad–a saga of dunces–as an example. Pope “talked about all the dopey people around who were becoming famous. He called it ‘fame’s posterior trumpet,'” Braudy says. “The old image of fame was a goddess with a trumpet blasting your name out through the centuries. This was just like a fart.”

Grumps like Pope have a point: the flip side of fast fame is its ephemerality. When you’ve been celebrated in sculpture, it lasts. On a gossip site? Not so much. Not that that affects this experiment. After all, the CW and TMZ aren’t really invested in helping the Artiagas achieve fame, Garfinkle says. They care more about the success of the show. “Either way,” he says, “it’s going to be entertaining.” 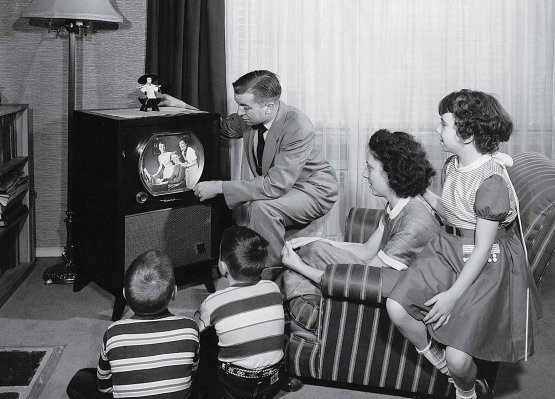 How Many People Watched Orange Is the New Black? No One Knows
Next Up: Editor's Pick