Just went through a painful breakup? Then you’re probably having sex with other people in order to get over your ex, explains a report in the new edition of the Archives of Sexual Behavior. Once again, science has proven something that was anecdotally supported many times over. Many, many times. Maybe too many.

Through a survey that had 170 undergraduate students keep weekly online diaries of their sexual experiences (hello Tumblr), the scientists found that “people really do use sex as a way to… get back at their ex-partner in the aftermath of a breakup,” according to University of Missouri researcher Lynne Cooper. One-third of the students in the study who had recently experienced a breakup went on to have rebound sex within a month of the end of the relationship, which we probably could have guessed. But the experiment had other, more surprising results.

“Having sex to cope with distress and to get over or get back at the ex-partner were elevated immediately following the breakup and then declined over time, as did the probability of having sex with a new partner,” the report explains. In other words, rebound sex is a time-sensitive issue—the chance is high that you’ll get some right after the end of a relationship, but after that you’re increasingly less likely to be sleeping with someone different as you move on.

The victim of a breakup also has a higher chance of rebound sex. “Those who were dumped by their partners were more distressed… and more likely to have sex to cope and to get back at or get over their ex-partner,” according to the report.

In other news, the sky is blue, bears poop in the woods, et cetera. 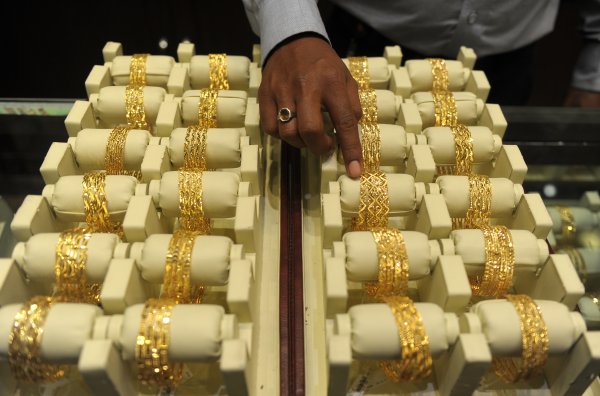 This Man Robbed a Jewelry Store and Then Made an Amazing Confession
Next Up: Editor's Pick