Stephen Sondheim made waves in the theater world when he revealed in a recent profile that the film adaptation of one of his crowning achievements, Into the Woods, has cut out some significant pieces of the plot.

When the New Yorker trailed the composer and playwright to an event at Sardi’s in New York City, he unveiled less-than-ideal details about Disney’s upcoming version of the darkly comic musical about what befalls fairy-tale characters after the “happily ever after” ending, which features an all-star cast including Johnny Depp, Meryl Streep and Anna Kendrick.

In the sit-down talk with a group of high school drama teachers, Sondheim told the educators — who expressed concerns about having students perform some of the more racy scenes, including the Big Bad Wolf singing “Hello, Little Girl” to Little Red Riding Hood (lyrics include, “Think of that scrumptious carnality”) — that Disney “had the same objections.”

Warning: Spoilers on an almost 30-year-old play, below.

The Disney film team has evidently chopped down a few knobby branches of Woods. In the version due out Dec. 25 on big screens, Rapunzel doesn’t get killed and the fleeting affair between Cinderella’s Prince Charming and the Baker’s Wife is also out. And we can all forget about the aforementioned “Hello, Little Girl,” which is also being nixed — particularly the Wolf’s predatory libido.

Though the Internet was outraged in the wake of this disclosure, in his conversation with the educators, according to Entertainment Weekly, Sondheim was a bit more accepting of Disney’s heavy-handedness with his material.

“Censorship is part of our puritanical ethics, and it’s something that [students are] going to have to deal with,” said Sondheim. “There has to be a point at which you don’t compromise anymore, but that may mean that you won’t get anyone to sell your painting or perform your musical.” 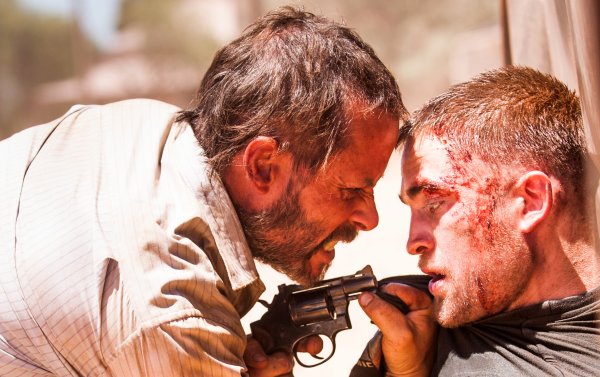 REVIEW: 'The Rover' Goes Weirdly Western Down Under
Next Up: Editor's Pick