Veterans Offer Each Other Help as Iraq Falls Apart

More than 1.5 million Americans served in Iraq between 2003 and 2011. More than a few of them are upset with what’s happened to that country, where they fought and their friends died, over the past week.

That’s why the Wounded Warrior Project sent an email Tuesday to its 50,000 members acknowledging their sacrifices and offering mental-health services if they find the latest happenings from Iraq depressing.

“Your feelings are justified,” Ryan Kules,  the project’s national alumni director and a double amputee, said. “If you feel frustration watching the news, remember that we did our duty and served admirably, coming home with the visible and invisible scars of that service.”

The reaction of those who fought, and whose friends died, in Iraq has been somber. There wasn’t so much bitter anger as a palpable sadness. Those who thought the invasion was a mistake consoled themselves by blaming President George W. Bush; others blamed President Obama for not fighting harder to keep some U.S. forces in the country after 2011 to try to ensure the lives of the 4,486 Americans who died there didn’t end in vain.

“So many of my friends died in a war that didn’t need to be fought, but that did ultimately provide a reasonable chance for a democratic Iraq in the center of the Middle East,” retired Army officer John Nagl says. “It now appears that all those lives have been squandered because of an unwillingness to pay an insurance premium of a few thousand advisers and some airpower.”

Such grim tidings can lead to despair, which is why Kules of the Wounded Warrior Project reached out. He urged troubled vets to seek help “if you are dealing with PTSD triggers because of current media coverage,” and gave a phone number—1-800-273-8255—for any veterans “struggling with thoughts of suicide.”

Michelle Roberts, the communications chief at the project, says the group reaches out when an event—like last year’s Boston Marathon bombing—might trigger adverse reactions among those who served. “We’re very aware of the conversations our alumni are having with each other, and our staff, about the recent developments and how they affect them,” she says. “We just felt it was a really appropriate time to communicate with them.”

Interviews with veterans echo that view. “I’m just heartbroken, tired and nearing mute,” says Alex Lemons, an Iraq vet and former Marine sergeant. “I never saw a concrete objective and, in consequence, a willingness to win on our part.”

Lemons pulled three tours in Iraq, and says the goal shifted with each:

“All Americans who fought there want Iraq to succeed so that we can have personal closure and know our sacrifices were worth it even as the rest of America, like the Vietnam experience, wants to forget,” Lemons says. “But Iraq will never give us that.”

Even Army Gen. Martin Dempsey, chairman of the Joint Chiefs of Staff, feels the sting. “Many of you have served in Iraq or know friends and family who made great sacrifices there,” he said in a message sent to troops Thursday. “Like many of you, I was disappointed at how quickly the situation in Iraq deteriorated as well as the rapid collapse of many Iraqi units.”

“It was somewhat expected, yet still disappointing, says Rob Kumpf, who served in Iraq as an Army non-commissioned officer. “Fighting an asymmetric war with one hand tied behind your back, with poor planning and unengaged leadership, led to the current situation Iraq’s security forces face. We screwed up the end game when we withdrew, and will soon do the same in Afghanistan.”

But other veterans have shrugged off what is happening. “Iraq’s political situation is not the concern of individual veterans of the war,” says William Treseder, who deployed to Iraq and Afghanistan as a Marine sergeant. “Combat veterans should value their service based on what they did, not on what happened after the fact or in some larger international context.”

Those who haven’t fought don’t know how combat can change one’s perspective. “Love, loyalty, sweat, and blood are the currency of service—its beating heart. Politics is a dry husk that tries to cover and limit that vitality,” Treseder says. “I wish Iraq and Afghanistan the best as countries, but I do not give them the power to determine how I feel about my service to the United States of America. Nor do I think it’s wise for any other combat veteran to do so.”

But some plainly do. “Your examples of valor and strength educate and inspire those around us,” Kules of the Wounded Warrior Project told them in his email. “Remember, you are not alone. Many of your fellow warriors make themselves available to help others…and WWP remains by your side to provide whatever support and assistance you need. ” 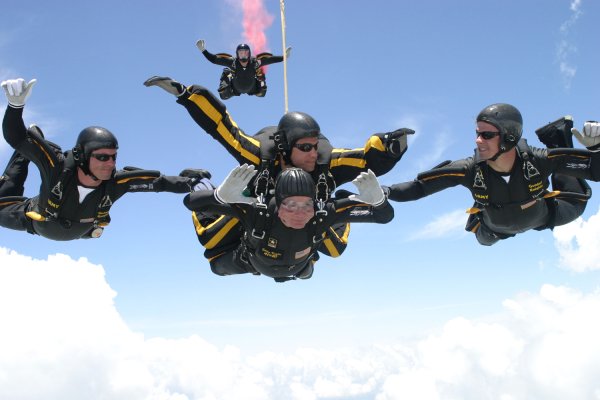