Copenhagen: What to See and What to Skip

On paper, Copenhagen sounds too good to be true. For years now the Danish capital has been heralded for its design-consciousness, trumpeted as the globe’s most sustainable and bike-friendly city, venerated as a culinary destination that houses the best restaurant in the world, and held up as home to the world’s happiest people. In truth, this supposed urban utopia does have some flaws: ridiculously high prices and a tragic lack of decent Mexican restaurants among them. But from its striking architecture to its happening cocktail bars to its abundant green space, Copenhagen comes pretty close to the platonic ideal of a city.

View of the modern waterfront extension to the Royal Danish Library The Black Diamond in Copenhagen on April 18, 2014.
Nicole Becker—dpa/Corbis

Tivoli Gardens completely lives up to its hype. The amusement park’s old-school rides (including a century-old roller coaster) are tucked between flowering gardens and outdoor cafés right in the city center, making it charming in a way that Six Flags will never be. For more modern design, check out the Design Museum, which will teach you more about the chair than you thought possible, or simply take in some of the city’s more gorgeous buildings, like its soaring Opera House, or the Black Diamond, a dramatically angled building that also houses the Danish Royal Library. The National Gallery houses an excellent collection that runs from Rembrandt to the avant-garde Asger Jorn, but for contemporary art, the Louisiana Art Museum, overlooking the Oresund Sound, is a quick 35-minutes by train away and hard to beat.

Back in town, fans of the gripping political TV drama Borgen can see where fictional Prime Minister Birgitte Nyborg went to work each day at Christiansborg Palace, which houses all three branches of the national government, as well as some royal reception halls. But the city’s other famous female resident, the Little Mermaid, can safely be skipped. The harborside statue of native Hans Christian Andersen’s aquatic heroine may be one of the city’s biggest tourist attractions, but it is also disconcertingly small and of questionable artistic value.

Where to Eat and Drink

The world's best restaurant "Noma" in Copenhagen on May 5, 2014.
Joerg Carstensen—Corbis

You might as well start at the top. Noma has been voted best restaurant in the world four times for its artful, delicious “New Nordic” cuisine, which relies solely on pristine ingredients from the region. Reservations can be hard to come by (try requesting them for lunch instead of dinner), but happily, chefs who formerly worked at Noma have been opening their own restaurants in recent years. At the casual Relæ, Christian Puglisi treats the ingredients on his vegetable-heavy menu with a gentle hand but an innovative eye, while at Amass, American chef Matt Orlando is so deeply in tune with the seasons that he changes the rustic-looking but technically-sophisticated dishes on his tasting menu almost daily. Not all of Copenhagen’s gustatory pleasures are so high-end, however. Smørrebrod, the open-faced sandwich that is the most typical of Danish foods, is elevated to a complex art at Schønnemann. And Copenhageners have been packing the recently-opened Papirøen, where stalls sell all manner of street food, from Moroccan merguez sausages to German apple pancakes. It’s a much more interesting option than the city’s one indigenous form of food truck, the omnipresent pølser wagons, or hot dog carts.

Not all of the city’s gustatory pleasures require chewing. Coffee Collective is renowned among coffee geeks, and Atelier September makes an exquisite matcha tea. Mikkeller serves up some of the best, if quirkiest, artisanal beers in Europe, and the city positively swims in personable wine bars like Ved Stranden, Den Vandrette, and Sabotøren. And there is no shortage of cozy cocktail bars either. Ruby specializes in the classics.

Tourboats in Nyhavn Canal on in Copenhagen on May 7, 2011.
MyLoupe/Universal Image Group/Getty Images

Much of Strøget, the world’s longest pedestrian shopping street, is given over to high street brands like Zara, but there are some quintessentially Danish jewels there too, like Hay and Illium Bolighus, both of which sell irresistible, beautifully-designed housewares. The Torvehallerne market is great for shopping of a more edible sort, with an outdoor produce market and indoor stalls selling everything from cakes to sushi. A canal tour is the most popular option for seeing Copenhagen’s many waterways, but a DIY version, via kayak, gets you even closer.

City electric bikes are for rent for visitors at central station on April 24, 2014 in Copenhagen.
Francis Dean—Corbis

And in a city with over 390 kilometers of dedicated lanes, you may as well give in to peer pressure and rent a bike; it’s the most scenic way to get to Amager Strandpark beach south of the city, and the rolling deer park, Dyrehave, to the north. The restaurants and cafes of Nyhavn are thoroughly missable, specializing as they do in serving over-priced, mediocre food and drink to generally drunk tourists. But the pastel houses lining the harbor there are just as picturesque as the postcards suggest, especially on those long summer days when the clear northern light illuminates this lovely, near-perfect city. 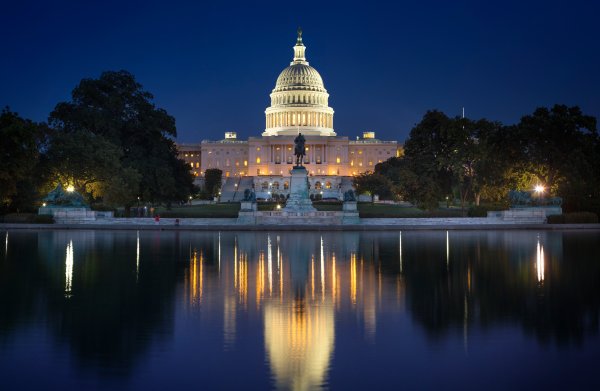 Washington, D.C.: See This, Skip That
Next Up: Editor's Pick