Seniority in Washington isn’t what it used to be, but it still has certain perquisites. Mary Landrieu chairs the Senate Committee on Energy and Natural Resources, a perch that offered the vulnerable Louisiana Democrat an opportunity Wednesday to mix policy and politics.

With President Barack Obama delaying a decision on the Keystone XL pipeline and Senate Majority Leader Harry Reid reluctant to schedule a floor vote on a bill that would subvert Obama’s authority, Landrieu pushed through a committee vote on the controversial pipeline. It passed, 12-10, with Landrieu joining Republicans to vote in favor of the project.

The move could be a political boon for Landrieu, a moderate Democrat locked in a difficult fight to win reelection in the conservative Bayou State. One recent poll found that 67% of Louisiana voters favored construction of the pipeline, with just 12% opposing the project. Nearly four in five respondents cited Keystone as an important issue in the race.

Landrieu is running slightly behind Republican nominee Bill Cassidy in a RealClearPolitics average of recent polls. That may be one reason why she was keen on accentuating her support for the project, which would carry tar sands from Alberta through the American heartland to the Gulf of Mexico. Supporters say the pipeline would bolster U.S. energy independence and decrease reliance on foreign oil, while opponents warn it will pollute communities and exacerbate climate change.

Landrieu’s support for the project is not merely political. As a three-term incumbent from an energy state, she is a longtime supporter of the oil and gas industries, the second largest contributors to her campaign war chest over the past five years. “Many of us have been supporting the construction of this pipeline for many, many years,” she said during hearing Wednesday. “This is a serious issue.”

Republicans agree. But they dismissed the vote a political charade, noting that the opposition of Reid and senior Democratic leaders means the issue is unlikely to receive a vote before the full Senate. “We all know this isn’t going anywhere, because Harry Reid won’t let us vote on this,” said Idaho Sen. Jim Risch, a Republican who supports the pipeline’s construction. The criticism dripped with irony: Republicans, of course, scheduled a slew of show votes to repeal a health care reform bill that wasn’t going anywhere.

Landrieu heralded the passage of the bill through committee and promised she’d press Reid to allow a vote before the full Senate. Iraq’s descent into sectarian warfare was a reminder, she said, of the importance of forging energy alliances with North American neighbors Canada and Mexico. That didn’t stop Republicans from accusing her of playing politics. “This vote seems more like a cheerleading exercise,” said Sen. John Barrasso of Wyoming, “than a meaningful effort to get Keystone built.” 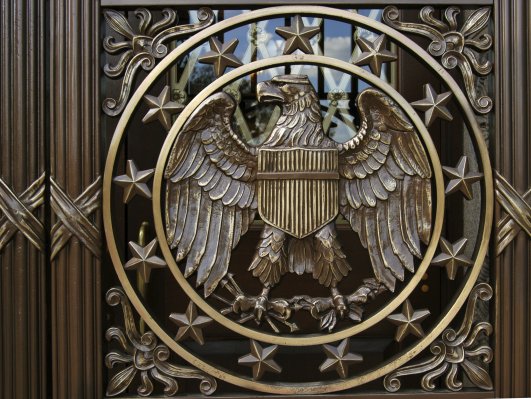