A member of the U.S.-backed Neighborhood Patrol Awakening Council stands guard in the Sunni Adhamiya district north of Baghdad in 2008.
Wathiq Khuzaie—Getty Images
By Aryn Baker

When al-Qaeda militants attacked Iraq’s al-Askari Mosque, one of the holiest sites in Shi‘ite Islam, in 2006, it unleashed a savage, sectarian war that saw tens of thousands of Iraqis dead and hundreds of thousands injured and traumatized. Shi‘ite militias responded by torturing and executing Sunnis, and Sunni groups aligned with al-Qaeda embarked on a series of brutal suicide attacks across the country. Al-Qaeda ruled Iraq’s so-called Sunni Triangle, spanning the distance between the Syrian border to the northwest, down the Tigris and nearly to Baghdad. It took more than 130,000 U.S. troops, hundreds of thousands of Iraqi security forces, and the recruitment of Sunni tribes into a unified movement backed by American funding to calm the country and tame al-Qaeda.

Well, al-Qaeda is back, this time in the far more virulent incarnation of the Islamic State of Iraq and Greater Syria (ISIS), an offshoot so vicious that it has been denounced by al-Qaeda’s central leadership in Pakistan. But this time around ISIS’s rampage through Iraq is supported by some of the very same Sunni tribes that were used to defeat al-Qaeda in 2008. With Sunnis feeling alienated and resentful at what they see as the central government’s pro-Shi‘ite policies, it is unlikely that Iraqi Prime Minister Nouri al-Maliki, also a Shi‘ite, will have any of the same tools left at his disposal to quash a movement that threatens to tear the country apart.

On Monday night, 44 Sunni prisoners being held in the mixed Shi‘ite-Sunni town of Baquba were reportedly executed by their Shi‘ite jailers with gunshots to the head, a crime reminiscent of the worst days of the 2006 sectarian bloodletting. Even as al-Maliki tried to soothe tensions in a televised address to the nation, saying on Wednesday that his government was “regaining the initiative and striking back,” his Shi‘ite-dominated army is unlikely to take back Mosul and other Sunni towns without help.

Even before the sectarian bloodletting of 2006, U.S. military forces had quietly begun supplying and training local Sunni tribal militias in Anbar province to take on al-Qaeda in Iraq. That program eventually grew into a countrywide Sunni Awakening Movement largely credited with reducing al-Qaeda influence on a local level and bringing the sectarian war to an end. The groups were essentially paid by the U.S. government to patrol neighborhoods, fight insurgents and not to fight U.S. or Iraqi forces. The Iraqi government, then led by al-Maliki, took on responsibility for the movement in 2008, and promised to pay the roughly 50,000 members. Later al-Maliki’s government tried to disband what it feared might become a sectarian militia by promising to absorb about a quarter of the members into the army, and providing vocational training and employment to others. The promises were rarely fulfilled, engendering even more resentment among the tribes. “The councils kicked al-Qaeda out in 2008, but Maliki never rewarded those people,” says Erbil-based analyst Hoshang Waziri. “He kept their salaries and he marginalized the tribes. The Sunni have the sense that they have been cheated by Maliki. They feel they have been discriminated against.”

Even if al-Maliki wanted to reconstitute the movement, he would have a hard time convincing Sunnis that he would follow through this time, says Fakri Karim, editor in chief of Iraq’s Al Mada newspaper. “No one trusts Maliki and his promises after he lost his credibility and revealed he won’t keep all the promises he made,” Fakri says in an email to TIME.

Stability in Iraq will ultimately depend on those disgruntled Sunni tribes, says Waziri, but he doesn’t see how al-Maliki will be able to rally their support anytime soon: “It’s too late to think we can depend on another Awakening movement.”

Ultimately, Iraq’s Sunnis are likely to tire of their temporary allies in ISIS, particularly as that group moves to enforce its draconian interpretation of Islamic law, or if it launches another bloody campaign of violence in its attempt to take the rest of the country. But by the time the tribes genuinely rise up in disgust at ISIS’s handiwork, Iraq may have already been lost. 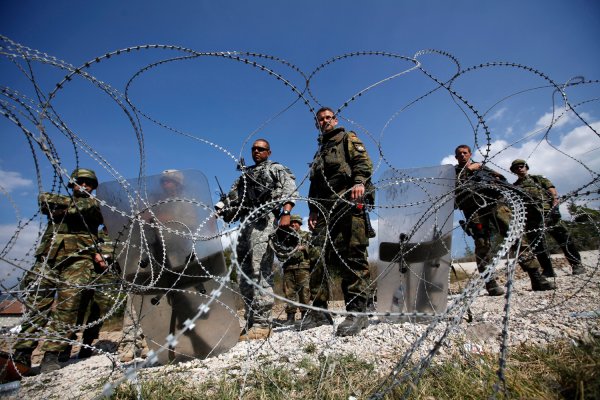 So How Successful Is the U.S. When It Comes to Ending Wars?
Next Up: Editor's Pick