How 'Hot or Not' Created the Internet We Know Today

“Hot or Not,” the site that lets you rate other people’s attractiveness, relaunched in the U.S. Tuesday as an app 14 years after it tapped into our baser selves. But did it ever really go away?

Here’s how the original site worked: Users voluntarily submit photos of themselves, and visitors to the site would rate the attractiveness of said photos on a scale of one to 10. The people with the highest ratings were deemed the “hottest.” The judgmental site inspired many of the dating apps that we have today where a potential match’s first picture determines whether he or she makes the cut. But unlike Tinder or OkCupid where swiping left or right theoretically serves a purpose—finding a date—”Hot or Not” was originally just for fun. (If you consider it amusing to find out what hundreds of strangers think of your looks in a particular photo.)

Two Berkeley grads thought of the idea in 2000 as they debated the attractiveness of a passing woman on the street. They decided to let the masses vote. Within a week of launching, the site has two million page views per day.

Sound familiar? A scene in The Social Network shows Mark Zuckerberg creating a similar “hot or not” conceit using pictures of Harvard students. The site, Facemash, really did exist (three years after Hot or Not launched) and really was a Facebook predecessor. It allowed two visitors to compare two students pictures side-by-side and vote who was more attractive. In short, Hot or Not had a part in inspiring what’s now the world’s top social networking site.

The concept also spawned a short-lived reality television show, Are You Hot?: The Search for America’s Sexiest People. The show, which premiered the same year as FaceMash in 2003, featured a panel of judges who would rate contestant’s physical attractiveness. The Hot or Not site had no association with the show, but it certainly created an appetite for such media.

But Hot or Not’s biggest contribution to the way we live our lives today was the gamification of attractiveness. Hot or Not was a fun pastime like online games at the time. As my colleague Laura Stampler has written for TIME before, smartphone apps have similarly made dating into a game—a very addictive game. Even the interface is game-like: the stacked photos on Tinder look like a deck of cards. The swiping is so easy, people play without even thinking about it—like 2048 or Candy Crush.

But none of these dating apps would exist if it weren’t for Hot or Not’s original invention.

Hot or Not has passed through many hands since its original conception, but is now owned by Andrey Andreev, a 40-year-old Russian who describes himself as a serial entrepreneur. He founded Badoo, a billion-dollar social networking site in Europe that hasn’t been able to break into the U.S. Hot or Not, he believes, will provide him that access to the states.

But somehow even though Hot or Not invented the addicting game of judging other people’s looks, it found itself late to the party once mobile computing took over our lives. Dating apps have already flooded the market with ways to rate people, and now Hot or Not is trying to look more like them. In the new app version, the 10-point system has been replaced by “hot” or “not” buttons (similar to the right and left swipe). And if two people rate each other as “hot” a connection is made, and they can chat one another.

Unlike most dating apps, though, you can see how popular you are as measured by the number of “hot” votes you get by others. The makers believe that people will want come back to check their rating and compare their “hotness” to others, much in the way kids compete for followers on Instagram. But this version is a little bit horrifying because while it might be fun to rate other people, it’s never fun to see what strangers really think of you. If finding out how anonymous people judge your attractiveness sounds disheartening, remember Hot or Not was never meant to be monetized or serve a purpose. It was meant to be slightly-malicious fun.

And now it’s entering an already-flooded market of dating apps which have capitalized on that fun by making the process more private. Getting so many matches on dating apps like Tinder or Hinge or OkCupid takes away the sting of being rejected by a few you liked. On those apps, only you know how many people liked you back; it’s not public knowledge (salvaging your integrity). Hot or Not plans to blow all that up in order to find the “hottest people in America.”

Fourteen years after Hot or Not was invented, it’s trying to beat everyone else at its own vapid game. Welcome to the circle of life on the Internet. 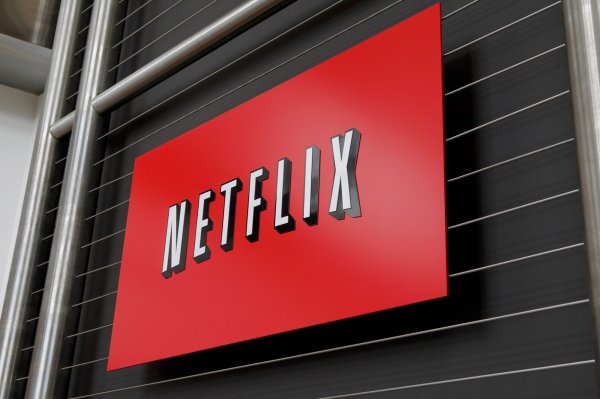 Why Netflix May Be in Serious Trouble
Next Up: Editor's Pick