Japan’s parliament passed a bill Wednesday to ban the possession of child pornography. Under the new law, people found with explicit photos or video of children can be imprisoned for up to one year and fined up to 1 million yen ($10,000).

The passage of the legislation comes after years of international pressure urging the country to tighten lax possession laws, which activists say endangered children. Despite banning the production and distribution of child pornography in 1999, Japan is the last Organisation for Economic Co-operation and Development nation to make possession a punishable offense.

Japan is known as an “international hub for the production and trafficking of child pornography,” according to the 2013 U.S. Department of State’s human-rights report. In 2012, the police reported investigations involving 1,264 child victims featured in pornography — a 98% increase from the previous year.

For activists who insist that there is a direct correlation between child pornography and abuse, the law is a step in the right direction. “For too long, there was a poor understanding of children’s rights,” politician Kiyohiko Toyama told Reuters.

The new law does not include the banning of anime and manga that feature explicit scenes of children, after lawyers and publishers argued that censoring the materials would curb free speech.

Daisuke Okeda, a lawyer for the Japan Animation Creators Association, told CNN that the new law was to protect children from abuse and that banning animation “would not satisfy the goal of the law.”

Justice Minister Sadakazu Tanigaki is optimistic that the law will help change the cultural acceptance of child pornography. “We must fight against a tendency of looking at children as sexual objects, and allowing them to be taken advantage of, sexually and commercially,” he said in parliamentary testimony, Reuters reports.

Japanese nationals in possession of child pornography have one year to discard of the material before finding themselves liable for prosecution. 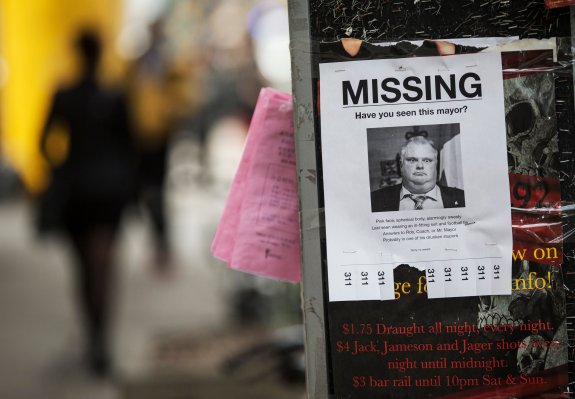 Rob Ford Will Stand For Toronto's Mayoral Elections
Next Up: Editor's Pick