Former Secretary of State Hillary Clinton lashed out at opponents of gun control regulations Tuesday, saying they hold a viewpoint that “terrorizes” the majority of Americans.

“I was disappointed that the Congress did not pass universal background checks after the horrors of the shootings at Sandy Hook,” she said in response to a question from a school teacher in the audience. “I don’t think any parent, or any person should have to fear about their child going to school or going to college because someone for whatever reason, psychological, emotional, political, ideological, whatever, could possibly enter that school property with an automatic weapon and murder innocent children, students, teachers.”

“I will speak out [on this subject] no matter what role I find myself in,” Clinton pledged, referring to her consideration of a presidential bid in 2016.

The outspoken position on gun control legislation is a clear appeal to the overwhelming majority of Americans who support expanding background check requirements before gun purchases, but it’s sure to inflame gun rights activists and the National Rifle Association, which blocked legislation in the Senate last year. It could also backfire by alienating moderate gun owners.

Responding to Sunday’s apprehension of Ahmed Abu Khatallah, allegedly a “key figure” in the 2012 attacks on an American consulate in Benghazi, Clinton said she hoped questioning would reveal more about what happened on the ground on the night of the attack. “There are answers, not all of them, not enough,” she said. “Frankly I’m still looking for answers because it was a confusing and difficult time.”

Clinton also waded into the ongoing policy crisis along the southern border, where thousands of unaccompanied minors from Central America have crossed into the United States illegally, fleeing violence and economic hardship. Clinton expressed sympathy for the plight of the children, who she said should be sent back to their countries of origin as soon as practicable. “We have to send a clear message, just because your child gets across the border, that doesn’t mean the child gets to stay,” she said, echoing the Obama Administration’s position on the subject.

Responding to another audience question, Clinton said she supported the availability of medical marijuana, but wanted to adopt a wait-and-see approach before endorsing recreational uses of the drug. Clinton ruled out sampling marijuana in Colorado and Washington state, where it is legal for recreational use. “I didn’t do it when I was young—I’m not going to start now,” she said with a laugh.

See more of Clinton’s comments below.

On the Abu Khatallah Arrest: 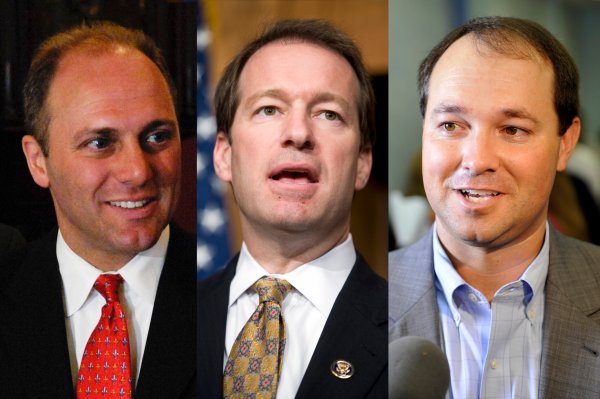 3 Things You Should Know About the House Majority Whip Candidates
Next Up: Editor's Pick