Spoilers for the finale of Fargo below:

“Don’t got the stomach for it. Not like some. Wearing the badge, seeing the lengths people are capable of, the inhumanity. Whatever happened to saying good morning to your neighbors and shoveling their walk and bringing in each other’s toters?” –Bill Oswalt

When Fargo debuted on FX this spring, there were a lot of things I imagined I might compare it to–the original movie, of course, and cable crime series like True Detective or Breaking Bad. Friday Night Lights was not one of them. But damned if the finale didn’t get Bob Odenkirk’s Bill to put his finger on a theme that was right in front of my face, which Fargo shared with FNL all along: the power and indispensability of community.

Lorne Malvo is obviously an awful man, but he’s not an idiot. When he quizzed then-policeman Gus Grimly, “Why can the human eye see more shades of green than any other color?” he was making a biological point: that humans are predators, evolved for a certain kind of behavior, and ignoring this fact is foolish for anyone, especially a cop, to ignore.

It’s a true enough observation, and living by it has served Malvo well enough until now. But it’s incomplete, because predation isn’t the only behavior Homo sapiens has evolved in order to survive. Humans are also a social species, organizing themselves into communities, for a practical reason: staying alive in the world is hard.

For predators like Malvo, it’s more efficient to travel solo and unattached, a skill Lester Nygaard tries but ultimately fails to master. But in “Morton’s Fork” (named for a rhetorical device in which two arguments lead to the same bad conclusion), taking them down turns out to be a group effort. It’s Bill deferring to Molly and acknowledging that she’s better suited for the job than he is. (When he finally backs up Molly in the interrogation and tells Lester to answer, it’s a small, powerful moment; he’s admitting the possibility of evil in his very own hometown.) It’s Lou Solverson hunkering down on the porch to stand guard, joined by his new granddaughter. It’s Gus, stumbling upon Malvo’s hideout in the woods, going inside and waiting. (A move that, I’ll admit, had me screaming at the TV, especially after he’d just said he couldn’t bring Greta to another funeral.)

Maybe because of this focus, the finale didn’t have the grandeur of the often visually epic miniseries. (One exception was the final moments of Lester, seen from above and afar as he flees the law in Glacier National Park until he fall through the ice, an image that underscores how isolated and small his selfish crimes and self-preserving schemes have left him.) And if I have a major issue with the last episode, it’s that leaving Molly sidelined for the final pursuits of Malvo and Lester, after Allison Tolman made her quest for justice the emotional hook of the show, sapped some of the last hour’s narrative drive. Still, her being overcome with emotion at finding Lester’s recorded confession is one of the moments I’ll remember.

Yet it might make sense, given Fargo’s emphasis on the heroism of decent little people, that the job of catching Malvo should fall to Gus, someone who never wanted it, yet found himself in a certain place and felt he had to. We see a lot of killings on TV–deserved, undeserved, logical, senseless. But what you don’t see so often, in a crime drama, is someone for whom killing is hard. Gus tells Malvo, “I figured it out, your riddle”–then shoots him, abruptly, before the conversation can continue, before he loses his nerve. His hands shake; he looks like he’s in pain. Malvo stirs and gives him a bloody grin–maybe he really is the Devil, unkillable?–and Gus shoots again.

After I watched the screener, I talked to another critic who’d seen it and thought that the ending seemed constructed to make the story about Gus getting his masculinity back, becoming the man again. And I can see the argument, but Fargo has set up too much, and drawn its characters too well, for me to get that from the resolution. Gus’ answer to Lorne’s riddle, it seemed, was not to become the predator himself, but to tell Lorne that his worldview is full of it. In the end, Gus is still a mailman–the cautious guy who watches Deal or No Deal and tells the contestants to take the money–and that’s all he wants to be.

In the end, Fargo turned out to be a more lively, majestic, lyrical reimagining of the movie than we could have expected. Its answer to Malvo’s riddle is that while it may be foolish to underestimate (like Bill) “the lengths people are capable of,” it’s just as foolish to underestimate (like Malvo) the power of decency–even toward the undeserving. Watching Malvo and Lester square off in Lester’s house, it was hard for me not to wish that at least one of them be killed, leaving the world a little better off and the good folks of Fargo’s universe a little safer. Yet Molly, even after more than a year trying to pin Lester down for his crimes, after seeing a “second Mrs. Nygaard” dead because of him, still tries to warn him for his own sake. “He’s not gonna stop,” she tells him. “You know that, right? A man like that… may be not even a man.”

Lorne Malvo, in the end, was just a man. And Bemidji, together, became superhuman enough to take out the trash. 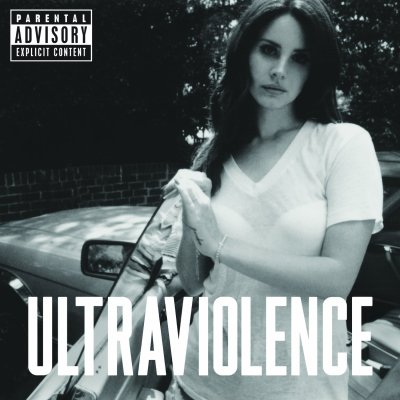 REVIEW: Lana Del Rey's Ultraviolence Is the Album We Need Right Now
Next Up: Editor's Pick