The Problem With Pit Bulls

The social media universe became furious at KFC this week after an employee reportedly asked a 3-year-old victim of a dog attack to leave one of their restaurants because “her face is disrupting our customers.”

Read a response to this piece from the American Pit Bull Foundation.

$93,000-plus raised for mauled 3-year-old allegedly kicked out of @KFC: http://t.co/vqNKpmpqxH pic.twitter.com/ckA1iiOr0G

But it wasn’t KFC employees who broke down the door to Victoria Wilcher’s grandfather’s house and mauled the toddler until half her face was paralyzed and she lost the use of one of her eyes. Three pit bulls did that.

Pit bulls make up only 6% of the dog population, but they’re responsible for 68% of dog attacks and 52% of dog-related deaths since 1982, according to research compiled by Merritt Clifton, editor of Animals 24-7, an animal-news organization that focuses on humane work and animal-cruelty prevention.

Clifton himself has been twice attacked by dogs (one pit bull), and part of his work involves logging fatal and disfiguring attacks. Clifton says that for the 32 years he’s been recording, there has never been a year when pit bulls have accounted for less than half of all attacks. A CDC report on dog-bite fatalities from 1978 to 1998 confirms that pit bulls are responsible for more deaths than any other breed, but the CDC no longer collects breed-specific information.

Another report published in the April 2011 issue of Annals of Surgery found that one person is killed by a pit bull every 14 days, two people are injured by a pit bull every day, and young children are especially at risk. The report concludes that “these breeds should be regulated in the same way in which other dangerous species, such as leopards, are regulated.” That report was shared with TIME by PETA, the world’s largest animal-rights organization.

The little girl’s grandfather shot and killed the three dogs that attacked her, and both he and his girlfriend are facing child-endangerment charges. KFC has donated $30,000 to the girl’s family to help with her medical bills, and more money keeps flooding in. But so far the outrage has been directed at the rude KFC employee, not at the growing problem of pit-bull maulings.

As pit-bull attacks become more and more common, they’re getting increasing attention on social media, but not always in support of the wounded children. In March, a Facebook petition to save Mickey, a dangerous pit bull in Phoenix, got over 70,000 likes. Mickey was facing euthanasia for mauling 4-year-old Kevin Vincente so badly that he cracked his jaw, eye socket and cheekbone. Kevin is facing months of reconstructive surgery, but more people were concerned with saving the dog than helping the boy. Mickey’s Facebook page has now become a social-media landing page to save other dogs that are considered dangerous.

Clifton says he’s seen an unprecedented rise in dog maulings in recent years, as more pit bulls enter the shelter system. Between 1858 and 2000, there are only two recorded instances of shelter dogs killing humans. From 2000 to 2009, there were three fatal attacks involving shelter dogs (one pit bull, one breed similar to a pit bull, and one Doberman). But from 2010 to 2014, there have been 35 shelter dogs who fatally attacked humans. All but 11 were pit bulls.

Supporters say pit bulls are getting a bad rap. Sara Enos, founder and president of the American Pit Bull Foundation, said that it’s wrong to blame dog attacks on pit bulls, because it’s the owners who are to blame. “It really boils down to being responsible owners,” she said. “Any dog from any breed can be aggressive, it matters how it’s treated.” And, as TIME reported in 2013, pit-bull owners all over the country are trying to rebrand the breed, insisting pit bulls can have a softer side when treated humanely.

Many pit-bull advocacy organizations, including BAD RAP, did not want to comment for this story. But there is a growing backlash against the idea that pit bulls are more violent than other dogs. “There is not any breed of dog that is inherently more dangerous,” said Marcy Setter of the Pit Bull Rescue Center. “That’s simply not true.”

But critics say that pit bulls are inherently dangerous no matter how they’re treated, because violence is in their DNA. “Why do herding dogs herd? Why do pointing dogs point? They don’t learn that behavior, that’s selective behavior,” says Colleen Lynn, president and founder of DogsBite.org, a national dog-bite-victims group dedicated to reducing dog attacks. “Pit bulls were specifically bred to go into that pit with incredible aggression and fight.”

But there’s another root cause of the rise in pit-bull attacks, one you might not think of: Hurricane Katrina.

Pit bulls are especially popular in Louisiana and Mississippi, and many of the volunteers responding to Hurricane Katrina found themselves saving stranded dogs. Most of the pit bulls they saved had been kept inside and behaved well around the rescuers, Clifton said, because they knew their survival depended on it. The dogs who were rescued were good pit bulls, he says, and “the real badasses, the ones chained outside, were drowned.”

Clifton said that many of the volunteers, who had very little experience with dog rescue, became attached to the breed and involved in pit-bull advocacy. And that helped galvanize the pro-pit-bull movement in the wake of Michael Vick’s 2007 dogfighting scandal. That movement helped encourage more people to adopt pit bulls as lack of sterilization caused the population to grow.

“If you need a marker in your head for when pit bulls got out of control, it’s 2007 with Michael Vick,” Lynn says. Vick’s high-profile trial for dogfighting and cruelty to animals roused a growing sympathy for pit bulls, which led more people to adopt them and bring them into their homes.

“We need to get used to mauling injuries, because we’re going to be seeing a lot more of them,” warns Lynn. “Each of us will know a mauled, disfigured child by a known dangerous breed of dog. There will be one in every school.”

But what can be done about the growing number of pit bulls? Some say the best solution would be breed-specific sterilization, which would curb the pit-bull population and reduce euthanasia in shelters. Most dogs of all breeds are spayed and neutered — about 80%, by Clifton’s estimation. But only 20% of pit bulls are sterilized, partly because the population that owns pit bulls tends to resist the spay-neuter message. He notes that there are a number of free sterilization programs for pit bulls, including one run by the ASPCA, but that even the largest programs aren’t sterilizing enough pit bulls to reduce the number of shelter intakes.

Lynn agrees that breed-specific sterilization laws are the most humane and efficient way to deal with the situation and avoid having more dogs euthanized. “If you want to hit that ‘no kill’ status, you better do something about the pit-bull problem.” Pit bulls currently account for 63% of the dogs put down in shelters, but only 38% of the admissions. Lynn says that all pit bulls should be sterilized, except those that come from licensed breeders.

Even PETA, the largest animal-rights organization in the world, supports breed-specific sterilization for pit bulls. “Pit bulls are a breed-specific problem, so it seems reasonable to target them,” said Daphna Nachminovitch, PETA’s senior vice president of cruelty investigations. “The public is misled to believe that pit bulls are like any other dog. And they just aren’t.” Even the ASPCA acknowledges on its website that pit bulls are genetically different than other dogs. “Pit bulls have been bred to behave differently during a fight,” it says. “They may not give warning before becoming aggressive, and they’re less likely to back down when clashing with an opponent.”

Opponents of sterilization argue that it can be difficult to determine which dogs are pit bulls, and that breed-specific efforts are unfair to certain dogs. “When you discriminate against a breed, you’re also discriminating against good dogs as well,” Enos said. Setter of Pit Bull Rescue Central opposes breed-specific sterilization because she says it’s ineffective, because the laws don’t target irresponsible owners.

But Nachminovitch said PETA stands by breed-specific sterilization as a common-sense solution to what has become a human-safety issue. “These dogs were bred to bait bulls. They were bred to fight each other to the death,” she said. “Just because we’re an animal-rights organization doesn’t mean we’re not concerned about public safety.” 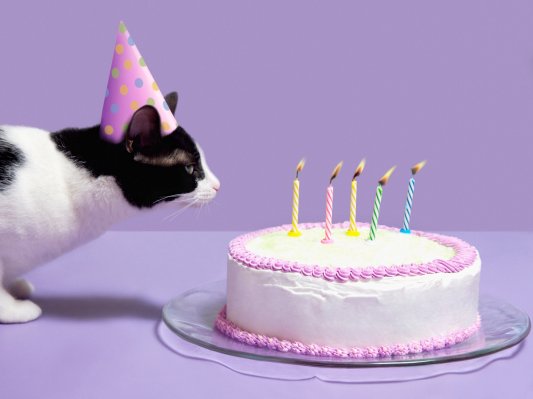 How Old Is Your Pet in Human Years? The Answer Is a Little Complicated, According to a Vet
Next Up: Editor's Pick