Amazon's Phone Announcement: What to Expect

If you’re in the market for a smartphone today, you’ve got plenty of options — from the iPhone to countless Android phones to a handful of Windows Phones and even BlackBerry handsets.

But Amazon thinks there’s room for one more. After months of hype, the company will likely lift the veil on its own smartphone on Wednesday at an event in Seattle.

We already have a good idea of what to expect, thanks to numerous leaks and rumors, so let’s walk through why Amazon’s smartphone is already getting so much attention.

Many of the rumors leading up to this event have focused on the crazy technology Amazon is cooking up.

Reportedly, Amazon’s smartphone will use four corner-mounted cameras to track users’ heads (and possibly their eyes, the Wall Street Journal claims) in 3D space. As you tilt your head or the phone, the screen will show a different perspective, and can reveal hidden menus in certain apps.

TechCrunch claims that this feature will be kind of gimmicky at first, but it could help with one-handed use if it makes faraway icons and menu items easier to reach with your fingers. The phone will reportedly have a 4.7-inch 720p display, which is pushing the boundaries for comfortable one-handed operation. Most of the other specs reported by TechCrunch seem pretty typical for a smartphone, including a Qualcomm Snapdragon processor, 2 GB of RAM, a 13-megapixel rear camera and a low-resolution front camera.

Beyond Specs and Gimmicks

3D tracking may help lather up the tech press and turn some shoppers’ heads, but for Amazon, it’s much more important to offer useful services that other phones don’t have.

Of course, because Amazon’s business model revolves around selling content, we can expect music, movies, books and games to play a big role. Amazon recently launched a streaming music service for Prime subscribers, with more than 1 million ad-free songs, to go along with Prime’s existing video and e-book offerings. Look for Amazon to hook its content deeply into the smartphone’s software, as it has with the Kindle Fire tablets.

Amazon’s FreeTime service, which helps parents set limits and find content for their children, also seems like a good fit for a smartphone. And for Fire TV users, the phone could get the same Second Screen features as Amazon’s Kindle Fire tablets, letting users fling videos and photos to the television with the press of a button.

Amazon’s Mayday feature could be of major importance as well. Mayday debuted in Amazon’s Kindle Fire HDX tablets, and allows users to quickly pull up a live chat with a support representative for help with anything on the device. Just last week, Amazon announced that the average response time for Mayday is 9.75 seconds. The timing of this news is probably no coincidence.

Finally, The New York Times speculates that we might see a smartphone version of Amazon Dash. This small device, currently available by invitation only, lets you order items from Amazon by scanning the barcode or saying the item’s name. Most people probably don’t want to carry something around specifically for this purpose, so it makes sense for Amazon to build Dash functionality into its phone.

In short, Amazon will likely push its smartphone as the missing link for Prime subscribers and other frequent Amazon users. It’s the thing you always carry to easily to get the stuff you’ve bought, or want to buy.

As Amazon walks through its latest product, it’ll be interesting to see if the addresses some of its weak points.

Specifically, Amazon’s Appstore has a much smaller selection compared to the iOS App Store and the Google Play Store for Android. It has no support from Google, so there are no official apps for key services such as Chrome, Gmail and Google Drive.

It’s also unclear whether Amazon has come up with a competent mapping and navigation app to rival Google Maps and Apple Maps (which itself is far from flawless). Amazon’s Kindle Fire tablets don’t have a native maps application, which is essential for any smartphone.

When and Where Will We See It?

Conventional wisdom holds that Amazon products are dirt-cheap, but that’s not always true.

The company’s Fire TV costs $100, same as an Apple TV, and the Kindle Fire HDX starts at $229, same as Google’s Nexus 7. And while Amazon has experimented with cheap bundled data plans in the past, the latest Kindle Fire HDX tablets with 4G LTE use the same data plans as every other connected tablet.

Don’t expect anything too crazy on the pricing front, as this might just be another $200 phone with a two-year contract. As for timing and carrier support, the Wall Street Journal reports that AT&T will be the exclusive carrier, and the phones will start shipping in late September.

Amazon’s event kicks off at 1:30pm Eastern on Wednesday, June 18. Check back here for coverage and updates. 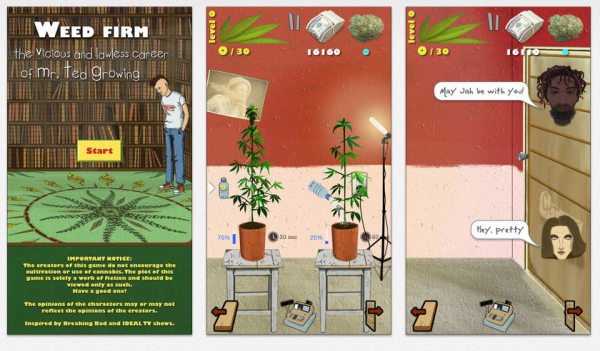 A New iPhone Game Basically Lets You Push Pot
Next Up: Editor's Pick