Foggy Bottom got a little taste of Hollywood Tuesday, when Leonardo DiCaprio appeared at a State Department event to pledge $7 million to ocean conservation.

The Wolf of Wall Street star unveiled the pledge at the State Department’s “Our Ocean” conference, saying the sum would go toward “meaningful” ocean conservation projects over the next two years, funding organizations and communities that are establishing marine reserves.

DiCaprio spoke on the same day it emerged President Obama would significantly expand marine sanctuary protections in the Pacific Ocean. While the actor applauded the Obama administration’s work on marine conservation, he said more needed to be done by the world’s governments to protect the fragile ocean environment.

“It’s the Wild West on the high seas,” DiCaprio said. “These last remaining underwater bio gems are being destroyed because there isn’t proper enforcement or sufficient cooperation among governments to protect them.”

DiCaprio, a diving enthusiast, described the environmental devastation that he had witnessed firsthand over the past 20 years in his dives in the Australian Great Barrier Reef. The “endless underwater utopia,” he said, is now filled with bleached coral reefs and massive dead zones. During a diving trip to Costa Rica’s Cocos Island, he witnessed illegal fishing vessels invade the waters of one of the world’s few shark sanctuaries.

“We’re plundering the ocean and its vital resources, and just because we can’t see the devastation from dry land doesn’t mean it’s any less dangerous,” he said. “It needs to stop.” 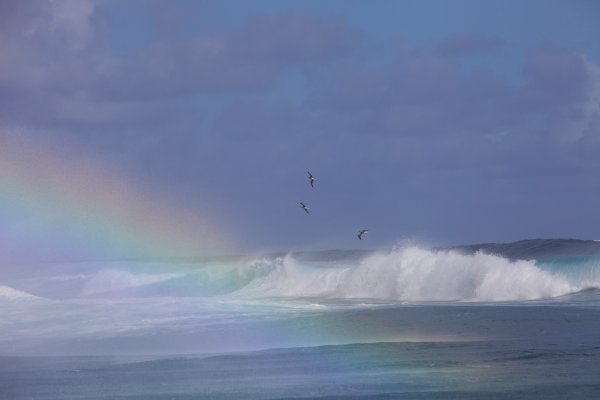