The 3 Reasons People Are Obsessed With Crossfit

If someone in your life does CrossFit, the high-intensity fitness training favored by Marines and first responders, you’ve ribbed them (out loud or in your mind) about being part of a cult. This is a natural response to their relentless insistence that CrossFit has changed their life, and that it will change your life, too! “The first rule of CrossFit,” the quip goes, “is always talk about CrossFit.”

So why are CrossFitters so wrapped up in this movement that’s grown from one fringe gym in a California industrial park to 10,000 independent “boxes” and the CrossFit Games, an international competition with over 200,000 participants? It’s not a cult of personality, although CrossFit founder Greg Glassman can rattle sabers with the best of them. There’s not much celebrity glitz-and-glamour. The facilities where people do CrossFit are bare bones, often in converted auto body workshops and defunct manufacturing spaces. There are no mirrors, and none of the conventional health-club amenities. And unlike bargain cardio-machine farms with monthly fees of twenty dollars or less, CrossFit isn’t cheap. Those people alternating Olympic weightlifting movements with handstand pushups and rope climbs are paying $150-$200 a month to throw themselves into their chosen ordeal.

They do it for three reasons. The first and most obvious is the physical result. High intensity exercise yields results that differ in kind from moderate-intensity efforts, not just in degree. In a peer-reviewed study in which one group exercised at moderate intensity for 45 minutes on a stationary bike and the other group did high-intensity intervals for 20 minutes and burned the same number of calories, the high-intensity group lost nine times the fat. Human growth hormone (HGH) and other compounds cascade into the blood of people who sprint as though a monster is chasing them and lift heavy objects as if earthquake survivors are trapped underneath. These hormones signal the body to burn fat and build muscle. The grim trudge-to-nowhere on a cardio machine, or miles of brisk walking, does not unlock this chemical cascade.

The second reason for CrossFitters’ passionate adherence is social. These gauntlets are run as a pack of between half a dozen and 20 people. Doing something physically intense and difficult binds a group of people. Military trainers have known this for thousands of years. But CrossFit is the first modern-day phenomenon that allows Jo-Anne from human resources to feel something like the fierce kinship of Marines. The workouts are scaled (weaker athletes modify the movements, or do them with less weight). But everyone gives 100% effort. There is a primal magic in going physically all-out with a dozen people. It’s not just a sense of accomplishment, the modern clock-punching virtue of exercise. It’s victory, the way you feel when your team beats the other team. Wrapped up in that sense of victory, as in any pack victory, is gratitude: that you’re getting stronger, and that you’re part of a pack that can move their own weight quickly and literally carry each other, that together you can leave all that energy out on the floor, three or four times a week.

The ritual sacrifice of human energy, argues classics scholar David Sansone, is the bedrock definition of sport, and the genesis of sport. When paleolithic hunter-gatherers sacrificed animals to their gods, they were also sacrificing the energy it took to hunt those animals. When those hunters became farmers, they continued to sacrifice animals. But because the animals were domesticated, there was no way to sacrifice the energy it would have taken to hunt that animal. This is when athletic rituals – foot races and field games – became part of religious practice. Freed from the constraints of a literal hunt, that ritual sacrifice of human energy could take a thousand forms, from Native American lacrosse to Meso-American ball games, tribal competitions in Africa and the Olympic Games, in honor of the ancient Greek’s pre-eminent god. The winner of the Olympic foot race was given a torch, and carried that torch up the steps to light the burnt offering to Zeus.

Rituals persist, even when we forget why we perform them. Sport, at its root, is sacrifice. This is why it bothers us so much when athletes take performance-enhancing drugs. We don’t feel the same way when singers or actors take performance-enhancing substances. But deep down, we know there’s something qualitatively different about sport that is sullied by steroids or EPO. Sacrifice demands purity – doping destroys the purity of the ritual.

As participation in sports declines, and is displaced by the fitness industry – the infomercial devices, the ellipticals, the gyms that profit because members don’t show up – intensity is leached out of athletics. Ritual becomes habit. Sport becomes exercise. What was meaningful, vivid and shared becomes mindless, boring and socially isolated (Bowling Alone at Bally’s). This is why most people think of physical exertion as a chore.

CrossFit’s ritual intensity reverses these polarities: it’s tribal, it’s intense, it’s never the same workout twice. It replaces cosmetic aspirations (six-pack abs, buns of steel) with an emphasis on function – mastery, progress, work capacity. It replaces the ease and comfort of gym machines with a demand for all-out effort and an archaic stoicism.

In so doing, CrossFit reconstitutes the ritual sacrifice of energy that made sport important to our ancestors – that makes it important to this day, though we’ve forgotten why. In that way, it’s more cultic than even the most pestered co-worker can guess.

J.C. Herz is the author of Learning to Breathe Fire: The Rise of CrossFit and the Primal Future of Fitness. 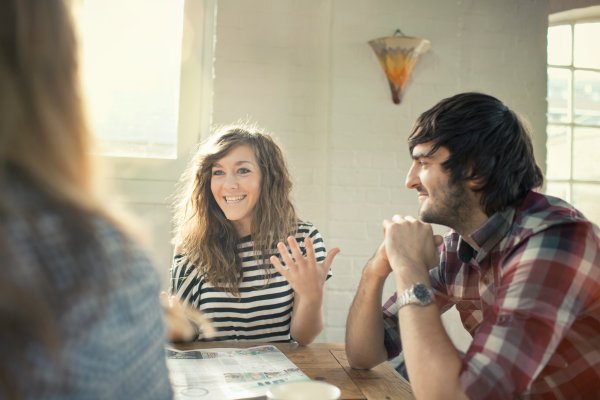 The Underrated Skill That Can Benefit Every Area of Your Life
Next Up: Editor's Pick