Marquel Martin Should Be the Next Bachelor

On last night’s The Bachelorette, three contestants were cut short on their journey to find love with reigning Bachelorette Andi Dorfman. One of those contestants was Marquel Martin, a funny, charismatic and attractive man with a dazzling smile who, according to his bio on ABC, likes to spend his Saturday nights with “Netflix, cookies and a glass of wine.”

Martin also happens to be black.

There have been 18 seasons of The Bachelor and 10 of the The Bachelorette, and not one of the stars has been a person of color. The show also has a tendency towards tokenism — each season they hustle out around 25 attractive potential mates and inevitably there are only a few people of color in the mix. In all 28 seasons of the shows, no person of color has ever made it past the early rounds of dating. When black contestants such as season 17′s Robyn or this season’s Martin do make it through a few dates, they are eliminated well before the final rounds — no hometown dates, no nights in a fantasy suite and no person of color has fallen on their knee to slip a Neil Lane diamond on anyone’s finger.

The show has a diversity problem. And thanks to a 2012 lawsuit, ABC probably knows it.

While the lawsuit filed by two prospective contestants who alleged they were rejected because of the color of their skin was dismissed on the grounds that casting decisions are protected by the First Amendment (Bachelor casting decisions clearly being on the forefront of the founding fathers’ minds when drafting the amendment), in the court of public opinion and ABC’s own fan community, it’s time for the franchise to make some changes.

In the past, when asked about whether there would ever be a non-white bachelor or bachelorette, The Bachelor and The Bachelorette producer Mike Fleiss claimed that people of color just “don’t come forward.” But now there’s affable, attractive, and church-going Marquel Martin.

While ABC traditionally has stuck to a pattern of choosing the next cycle’s star from the runners-up, they broke with the practice to bring us Juan Pablo, who was plucked from mid-season when Desiree had the good sense to give him the boot early on. While Desiree clearly knew something the viewing audience didn’t know about Juan Pablo, the experience shouldn’t dissuade ABC from choosing another mid-season castoff.

There’s no doubt that Martin would be the ideal candidate to star in the next season of The Bachelor, and not just for diversity’s sake. He has a giant smile, an impeccable sartorial sense (pink checkered shirts with red ties!), and names Coming to America as one of his favorite films. During his brief time on The Bachelorette, Martin not only showed more personality and charm than the last four Bachelors combined, but he also proved himself worthy of rooting for. He cried over lost love on national television and coolly handled a potentially complicated conversation about race with another contestant. He also brought Andi an entire tray of cookies, including a black-and-white cookie, which not only shows his good humor about race relations, but also his incredible taste in desserts:

Plus, as a now-former contestant, he’s already proven that he is willing to undertake a journey to find love in front of a home audience tweeting while eating Cheetos in their sweatpants. If, as in the case of Juan Pablo, there’s footage we aren’t seeing that shows the “real” Martin, it’s unlikely that he could be any more disagreeable and gruff than last season’s Bachelor. And if he is, well, Juan Pablo proved that villains can translate into big ratings. The show survived jaw-clenching pilot Jake Pavelka, walking snooze button Ben Flajnik, hot tub enthusiast Bob Guiney, and even two helpings of Bachelor Brad Womack. There’s no doubt that the franchise can survive potential interracial canoodling if that’s the network’s unstated concern. If there’s any doubt about that, ABC need to look no further than their own 10 p.m. offering, Mistresses, which has almost nothing but interracial hookups.

The real question, though, is whether the franchise can take a step on its own journey towards diversity and inclusiveness. It’s the twenty-first century, and the ability to look for love and hot tub makeout sessions on national television shouldn’t be limited to clean-cut white people.

MORE: Death and the Maiden: How The Bachelorette Is Handling the Death of Eric Hill 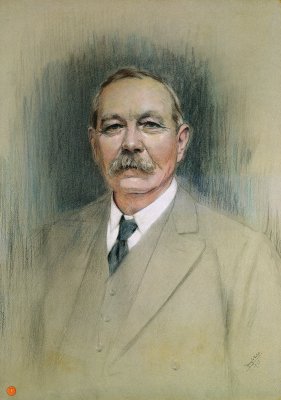 Court: Sherlock Holmes Is Public Domain, My Dear Watson
Next Up: Editor's Pick