No, Streaming Will Not Kill Your Radio

Considering Internet radio has been around since 2000, you’d expect the market to have shaken out by now. But competition has actually become more fierce. Spotify has grown to 50 million users, with ten million of them paying to access the service each month. Pandora continues to grow with 250 million registered users; around 77 million are active. Apple made several big moves in the category, introducing iTunes Radio last year and buying Beats by Dre and its music streaming service for $3 billion last month. And last week, as expected, Amazon introduced its own competitor: Prime Music.

That reach makes Clear Channel’s streaming offering a formidable competitor to Pandora, Spotify, Apple, and Amazon. But Clear Channel CEO Bob Pittman is not as concerned with Internet radio as one might think. Digital radio makes a lot of noise, but only accounts for 10% of the overall radio market. (A market that, conveniently, is dominated by Clear Channel.)

“If it were not for the fact that radio is so large, you’d say, ‘Wow these are big numbers,’” Pittman tells Fortune. “There are one billion FM radios in the US and 160 million smartphones and 160 million PCs, so it’s still a subset of the FM marketplace.”

Pittman doesn’t believe streaming hours will overtake traditional radio in his lifetime. “Music collections always replace each other and radio always tends to be yet another choice,” he says. “Satellite didn’t kill FM. AM didn’t kill FM. (Streaming music) one more choice and one more device you can listen to the radio on.”

With that perspective, why would Clear Channel waste resources getting 50 million people to use a streaming service like iHeartRadio to begin with? The product draws resources from a number of Clear Channel’s businesses, including live shows, tech, operations and advertising. As Pandora’s investors know too well, it is not cheap to license music streaming rights from the record labels.

The short answer, Pittman says, is growth. He maintains that digital is an important growth area for the business, even if the $17 billion or so that advertisers spend on radio each year is slow to move over to the Web. 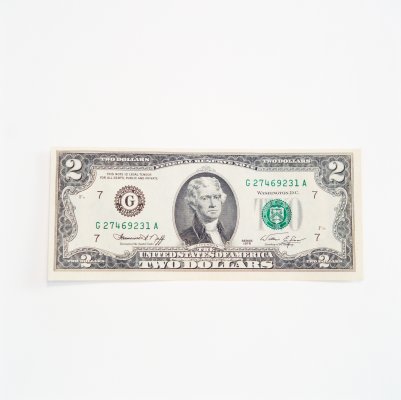 Nebraska Firm Pays Out $61K in Bonuses Exclusively in $2 Bills
Next Up: Editor's Pick