Sony Says PS4 "Wins" May, Game Sales Surge Across the Board

Monthly video game sales for May 2014 arrived late last night courtesy NPD Group, with the sales tracker noting — along with Sony, which deployed a beaming media email — that the PS4 was the best-selling games console for the fifth month in a row. Sony added that the Ps4 was numero uno for both hardware as well as “next gen” software sales, claiming four of the latter category’s top five slots. Numero two was not the Xbox One, but rather Nintendo’s 3DS (according to Nintendo).

Unsurprisingly, Wii U sales were up year-on-year, off sales of Mario Kart 8 (reviewed here), which took the number two software spot all by itself, following Watch Dogs (reviewed here) tallied across five discrete platforms. Those two games probably had the most to do with May’s software surge, followed by Wolfenstein: The New Order (reviewed here), The Amazing Spider-Man 2 and Kirby: Triple Deluxe.

In a separate dispatch, Nintendo described Wii U sales as up 85% month-on-month and 90% year-on-year. The company had previously tagged Mario Kart 8 sales at 1.2 million worldwide during the racer’s first weekend (it launched on May 30).

Continuing in its attempt to juggle the widening divide between physical and digital content sales, NPD notes those figures cover “roughly 50 percent of the total consumer spend on games,” and it estimates the total consumer spend in May, taking into consideration used and rentals ($124 million) as well as digital content and social network games ($787 million), the actual outlay for May was $1.46 billion.

While the PS4 and Xbox One have yet to experience year-on-year comparisons (they just arrived last November), NPD says both the Wii U and PS Vita did better this May than the prior year, though specific figures weren’t offered. Apparently Sony’s Borderlands 2 bundle gave the Vita a boost, while Nintendo’s Mario Kart 8 bundle helped bring fresh Wii U owners to Nintendo’s fold.

At last check, around the end of March and in worldwide terms, Sony said it had sold some 7 million PS4s, Microsoft that it had shipped around 5 million Xbox Ones and Nintendo that it had sold just over 6 million Wii Us. 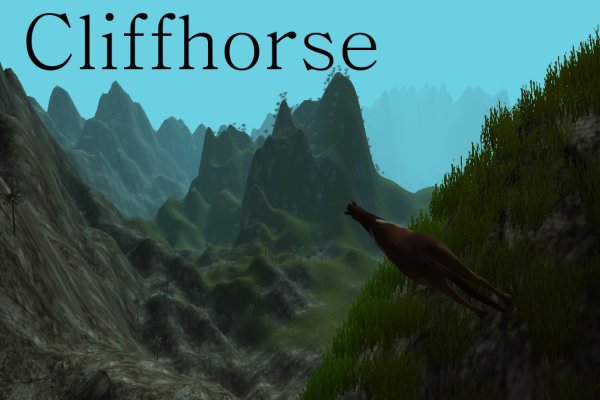 Minecraft Creator's New Game Is About a Horse and a Ball
Next Up: Editor's Pick