After spending more than a week in critical condition following a deadly car accident, comedian Tracy Morgan’s condition has been upgraded from critical to fair.

“Happy to pass along that Tracy has been upgraded to fair condition, which is a great improvement,” Morgan’s publicist Lewis Kay said. “His personality is certainly starting to come back as well.”

Morgan was hospitalized with a broken nose, femur, leg, and ribs after a Walmart truck crashed into his limousine SUV on the New Jersey Turnpike early June 7. The accident killed comedian James McNair and injured others in the SUV. Passenger Jeff Millea’s family shared that his condition has also improved to fair.

Truck driver Kevin Roper pleaded not guilty to charges of vehicular homicide and assault last week before being released on $50,000 bail. The criminal complaint accuses Roper of “recklessly” operating his vehicle on no sleep for more than 24 hours.

There has been an outpouring of support for the former SNL and 30 Rock actor from celebrities, friends, and fans. Comedian Louis C.K. petitioned TMZ to remove a video showing the fatal crash. 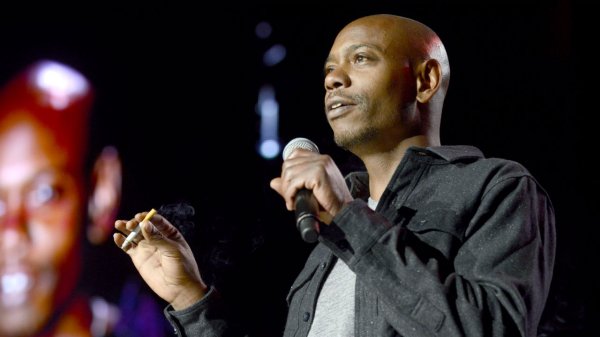 Dave Chappelle Describes the First Time He Met Kanye West and It's Amazing
Next Up: Editor's Pick