A woman, affected by what activists say was a gas attack, receives treatment inside a makeshift hospital in Kfar Zeita village in the central Syria province of Hama on May 22, 2014.
Reuters
By Nash Jenkins

A team of researchers at the University of Tennessee at Knoxville has identified an enzyme produced in the bodies of squid that may be effective in breaking down nerve gasses and other deadly chemical weapons.

The team’s study, recently published in the Journal of Physical Chemistry, focused on engineering the improvement of these proteins — known as “bioscavengers” — that “chew up” nerve agents like sarin, a chemical infamous for its use as a weapon in the ongoing Syrian civil war and in a terrorist attack on the Tokyo subway in 1995.

The team aspires to create a prophylactic drug from these enzymes that will mitigate their harmful effects on humans, but first they must modify the enzymes to ensure that the human body won’t destroy them first.

“Using an enzyme from a squid as a bioscavenger in humans is problematic because the human body will recognize it as a foreign substance and chop it up,” said research team member Jerry Parks, adding that “other groups have already shown possible ways to get around that problem.” 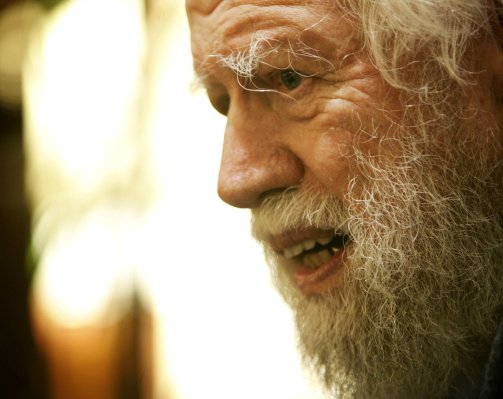 The 'Godfather of Ecstasy' Dies at 88
Next Up: Editor's Pick