Not One but Two Bowe Bergdahl Movies Are Already Being Planned

In this undated image provided by the U.S. Army, Sgt. Bowe Bergdahl poses in front of an American flag.
U.S. Army/Getty Images
By Nash Jenkins

It’s been only three days since Sergeant Bowe Bergdahl returned to the U.S. after nearly five years in a Taliban prison, and already Hollywood is seeking to capitalize on the surrounding controversy. The Hollywood Reporter confirmed on Monday night that two competing Bergdahl biopics are in the works.

The first comes from Mark Boal and Kathryn Bigelow, two filmmakers fairly seasoned in the craft of politically topical movies. Together, they wrote, directed and produced Zero Dark Thirty and The Hurt Locker, which collectively won seven Academy Awards.

Todd Field — In the Bedroom and Little Children — also has plans to direct and produce a Bergdahl film for Fox Searchlight, having acquired the rights to late journalist Michael Hastings’ 2012 Rolling Stone profile on “America’s last prisoner of war.”

Though the Hollywood Reporter describes the two projects as “competing,” there may be little overlap between them. Boal and Bigelow’s film is said to treat the issue of Bergdahl’s release by Afghan forces — in a controversial trade for five Taliban prisoners in U.S. custody — whereas Hastings’ Rolling Stone piece, the presumed basis for Field’s script, caters more to the 28-year-old’s backstory.

At this point, though, both projects still sit very much on the drawing board. Neither Boal and Bigelow nor Field have obtained Bergdahl’s “life rights,” and any biographical film produced without them may run into some development hurdles. 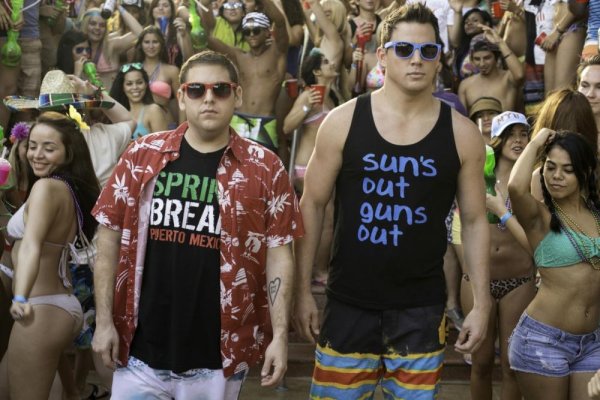 22 Jump Street Jumps How to Train Your Dragon 2
Next Up: Editor's Pick