President Barack Obama ordered the deployment of up to 275 military personnel “equipped for combat” into Iraq to protect the U.S. embassy in Baghdad on Monday, as American and Iranian diplomats met briefly to discuss whether the two countries can work together to defuse the crisis exploding in Iraq.

Obama informed Congress of the military deployment; the Pentagon said 170 servicemembers are already on the ground, while another 100 are prepared to go in as needed. The Obama Administration has so far resisted Republican calls for airstrikes and more military involvement, while also speaking of the need to protect U.S. interests on the ground. Amid growing violence by Sunni militants from the group ISIS, who have already captured several towns and have their sights set on Baghdad, the State Department on Sunday withdrew some American diplomats from the embassy there to safer locations.

The meeting between American and Iranian diplomats came on the margins of the so-called P5+1 talks in Geneva about ending Iran’s nuclear program, a senior State Department official said. Many Republican lawmakers have opposed engaging with Iran over the Iraq crisis.

“These engagements will not include military coordination or strategic determinations about Iraq’s future over the heads of the Iraqi people,” the State Department official said in a statement. “We will discuss how [ISIS] threatens many countries in the region, including Iran, and the need to support inclusivity in Iraq and refrain from pressing a sectarian agenda.”

White House spokesman Josh Earnest said Monday that Obama would meet with his national-security team Monday evening, after having directed them last week to prepare a range of options for U.S. intervention for him to consider. Obama has ruled out deploying American forces on the ground as part of any effort to counter the offensive , but Administration officials are contemplating other options, including air strikes.

A spokesman for House Speaker John Boehner said Boehner supports the deployment of military personnel but wants Obama to present a broader strategy for Iraq. “The Speaker supports the ongoing steps to secure U.S. personnel and facilities in the midst of a fluid situation, but he still expects a comprehensive strategy to protect America’s national security interests in Iraq,” spokesman Michael Steel said. “We hope the President will offer such a plan in coming days. Too many Americans sacrificed too much to allow Iraq to slip back into chaos.” 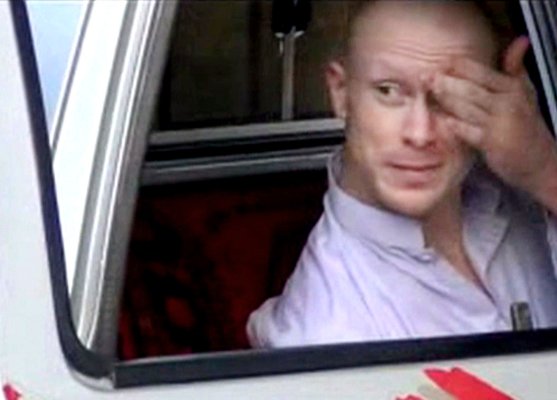