G.I. Joe was built to be a hero. His body is engineered for action, not posing. So imagine if certain parts of his anatomy were so large that he fell over. How would he get any world saving done? That’s not a question that anyone seems to be asking about action figures modeled after Wonder Woman.

Why do these heroines look a lot more like Victoria’s Secret models than strong women capable of rescuing civilization (or at least bending their limbs)? Dawn Nadeau, co-founder of I Am Elemental, a new toy company for girls explains it like this: “The few female action figures that are on the market are really designed for the adult male collector. The form is hyper-sexualized: The breasts are oversized; the waist is tiny. When you make the figures sit, their legs splay open in a suggestive way.”

What was missing, Nadeua and her co-founder Julie Kerwin realized, were female action-figures who looked as athletic, powerful and flexible as the male-oriented toys like G.I. Joe and Captain America do. Thanks to overwhelming support from a KickStarter campaign — the company reached its $35,000 goal in the first 48 hours after launching in May and eventually went on to raise almost $163,000 from supporters in all 50 states and six continents — I Am Elemental‘s first group of action figures will hit toy stores this holiday season.

The toys come at a time when female superheroes are starting to invade the zeitgeist but still play second fiddle to men, as with Jennifer Lawrence in X-Men: Days of Future Past or Scarlett Johansson in The Avengers. Most toys are byproducts of what’s onscreen and are a large part of their profit: Last year, the success of the Hunger Games franchise inspired a set of purple and pink Nerf guns and crossbows for girls called Nerf Rebelle. But the swell of financial support for I Am Elemental proves that there is a demand for more strong heroines in both toy stories and our culture.

Jennifer Lawrence as Mystique in X-Men: Days of Future Past.
Alan Markfield—TM and © 2013 Marvel and Subs. TM and © 2013 Twentieth Century Fox Film Corporation

What’s different about the I Am Elemental action figures is that they don’t look anything like Barbie or, for that matter, Jennifer Lawrence’s Mystique in X-Men, whose entire costume consists of blue body paint. The creators spent months perfecting the action figures’ measurements to make them as realistic, athletic and as non-sexualized as possible. “We were obsessed with the breast-to-hip ratio,” says Nadeau. “We were obsessed with the bum because so many of these figures have these incredible butt cracks on the back. We kept saying ‘Bridge the gap.” The result is a figure that’s decidedly feminine but could still leap into battle.

There are several action figures in the I Am Elemental sets. Each has a theme inspired by a historical muse (the first, based on Joan of Arc, is “courage”). And each figure in that set personifies a virtue and possess a power: For example, Persistence has the ability to push through any obstacle with super-strength.

Though all the characters are women, Nadeau says they hope the action figures can have a place in boys’ toy boxes too. “If you don’t over-qualify it and just say here’s a great toy play with it, the kids will be off and running. I don’t think everything needs to be gender specified,” she says. “I’d like to see them in the girl aisle and the boys aisle, next to Barbie and next to the Transformers. They should be in boys’ toy boxes too because 50% of the human population is female, and shouldn’t women be part of story lines that boys are creating?”

What toys girls play with when they are young affects how they perceive themselves and what they can accomplish later in life. In a recent study published in the Journal of Sex Roles, researchers asked one group of girls play with large-breasted, thin-waisted Barbie dolls and another group play with ambiguously shaped Mrs. Potato Head dolls. Upon interviewing the girls after they played, the scientists found that girls who played with Barbie believed they had far fewer career choices than those who played with Mrs. Potato Head. That was true even when Barbie was dressed up like a doctor.

It makes a compelling argument for giving girls tools to envision themselves as heroes. “Children feel so powerless, and that’s why they play. And the idea that you could be the person who could save the world is a very powerful story line and fantasy to have,” says Nadeau.

But no matter how popular I Am Elemental gets, it will never be as big as Marvel. The most popular action figures are based on blockbuster films, and Hollywood has been slow to correct the gender imbalance in summer blockbusters. Despite the success of films like The Hunger Games, Maleficent and Kill Bill — all of which feature powerful female protagonists — studios consider female-driven successes to be flukes rather than a formula for success: Recent studies found that women made up only 15% of protagonists and 30% of all speaking roles in the top 100 grossing films of 2013.

There have been plenty of women sidekicks on the big screen: Anne Hathaway as Catwoman in The Dark Knight Rises; Halle Berry, Jennifer Lawrence and Ellen Page as X-Men in the X-Men films; Scarlett Johansson as Black Widow in The Avengers; and even Gwyneth Paltrow as Pepper Potts saved Tony Stark in Iron Man 3. But all of these women take a backseat to their more powerful, quippier and more heroic male counterparts. After all, these franchises aren’t named after the female characters.

Avengers director Joss Whedon, who tried and failed to bring a Wonder Woman film to the big screen in 2007, has expressed his frustration with the lack of female superheroes before. “Toymakers will tell you they won’t sell enough, and movie people will point to the two terrible superheroine movies that were made and say, You see? It can’t be done. It’s stupid, and I’m hoping The Hunger Games will lead to a paradigm shift,” he told Newsweek in 2013.

And even the female characters Whedon does get onscreen, like Black Widow, are too lame to attract some actresses. Emily Blunt says she was up for the Black Widow role in Iron Man 2 and the Peggy Carter part in Captain America and turned both down. “Usually the female parts in a superhero film feel thankless: She’s the pill girlfriend while the guys are whizzing around saving the world,” she told Vulture. “I didn’t do the other ones because the part wasn’t very good or the timing wasn’t right, but I’m open to any kind of genre if the part is great and fun and different and a challenge in some way.”

Blunt currently stars in Edge of Tomorrow (an action flick featuring Tom Cruise in a Groundhog Day-like battle sequence), in which she cuts an imposing figure as the best soldier on the battlefield. She even mercilessly kills Tom Cruise over and over again every time the two reach a dead-end in their mission and he needs to restart the day. She’s no pill girlfriend but Cruise’s equal — if not superior — in power.

Edge of Tomorrow isn’t the only film that promises a heftier role for women in action movies. At the end of the summer, Scarlett Johansson will play a ruthless warrior in Lucy — the success of which may be a litmus test for whether Marvel feels comfortable green-lighting a Black Widow spin-off. Jennifer Lawrence will star in another Hunger Games film next year, and producers have hinted that she could also headline her own Mystique X-Men film. The original ambassadors of girl power, The Powerpuff Girls, are returning to children’s television in 2016, the Cartoon Network announced Monday. Wonder Woman will wield her golden lasso on the big screen in the 2016 Batman vs. Superman movie, and — if fans get their way — maybe even carry her own franchise.

On Saturday, DC Comics President Diane Nelson promised greater female representation in upcoming movies: “At DC Entertainment, we talk frequently about how we heighten the presence of female storytellers and creators with our comic books — digital and physical. How do we bring the female characters to light more?” she said. “We have more work to do. But I think if we talk again in a couple of years, you’ll be pleased with the results.” 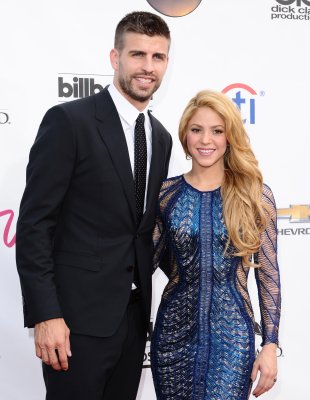 Soccer Wives: Here Are the World Cup WAGs You Should Know
Next Up: Editor's Pick