How We Can Fix the Economy and Save Capitalism

The civil rights battles of the 1960s changed the course of American history. But the fight isn’t over. It just has a new front: economic empowerment.

Vast segments of the population “never got the memo” on how to save, invest, find a great job, start a business, and otherwise operate in the realm of free enterprise, John Hope Bryant asserts in How the Poor Can Save Capitalism. An activist for bringing the poor into the financial mainstream, Bryant argues that those who fail to “understand the global language of money” are nothing more than “economic slaves.” So financial education “is a new civil rights issue.”

This isn’t an entirely new thought. After the civil war, President Lincoln established the Freedman’s Savings and Trust with the mission to teach newly freed black Americans about money. Even then, it was apparent that some ability for the poor to borrow at reasonable rates, save and earn a return was in their and the nation’s best interest.

But the Freedman Bank quickly failed through the mismanagement of politicians, and broad-based financial education is only now really beginning to catch on. Bryant describes how his own father missed the money memo. A concrete contractor, he would bid $1.50 for $1 of work and “ended his amazing career dead broke.” He knew about hard work; he just didn’t know how to translate that hard work into economic gain.

When we talk about financial education today we mostly think of teaching young people how and why to budget, manage their credit, shop wisely, live within their means, and begin saving immediately for retirement. They will come of age in a world without safety nets and must take saving seriously at an early age. It’s the surest way to get to financial security and it’s a simple point that I try to make as often as makes sense.

Bryant is on board for all that. It’s why he and his book are even on my radar. But he makes a point not often made: to the underprivileged, basic concepts like saving for retirement and managing credit wisely are of another world; this group just needs a bank account to avoid predatory check-cashing services, role models from the neighborhood to show them how to start and build a small enterprise, and a few modest money successes to build their confidence. This is financial education at a very basic level.

Globally, half of adults totaling some 2.5 billion do not have a formal bank account. This shuts them off from credit and savings opportunities that you may take for granted; it hinders their rise to a better life and squanders the potential to convert hundreds of millions of people from economic drains into economic contributors. Some 40 million of these unbanked are in the U.S., and by reaching them Bryant believes we can lift them out of poverty and resuscitate our moribund economy. His plan includes a variety of near-term tax and other incentives that, naturally, have a cost. But Bryant would ask: what’s it worth to save the economy?

Financial inclusion for the poor is not the same issue as financial education for all kids. But the two are closely linked. All young people should be exposed to money basics like, budgets, credit cards, college loans, compound growth and inflation. Over the past decade, a global movement has emerged pushing for just that. But before any of these lessons will make any sense to the very important underprivileged among us, these people must first be brought into the mainstream where they can secure micro loans at a reasonable rate and stop giving away what little they have to payday lenders. It’s the right thing to do, and if Bryant is right it will do nothing less than save capitalism. 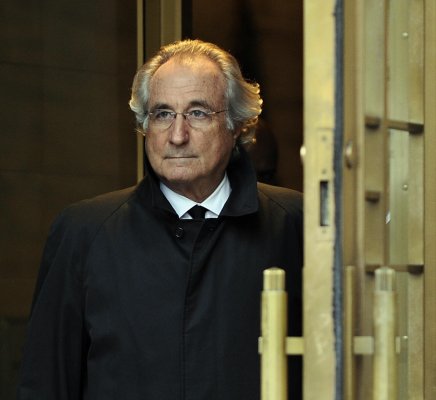 Millennials Have No Idea Who Bernie Madoff Was
Next Up: Editor's Pick