A terrorism trial due to be held in London has caused heated debate in Britain with civil liberties advocates and media organizations critizing the country’s main prosecution service for attempting to conduct the trial in total secrecy.

In May, a senior judge agreed to prosecutors’ requests and ruled that the trial would be held entirely in secret. On June 12, just four days before the trial was due to start, Britain’s Court of Appeal overturned this decision, ruling that most of the trial would be heard in private and the rest in public.

The appeal court’s decision was prompted by a joint challenge from a number of British media outlets that had found out about the May ruling and then moved to overturn it. The media had been forbidden by law to even mention the trial’s existence until June 4 when the court lifted a ban on reporting information about the case.

The trial concerns two defendants, Erol Incedal and Mounir Rarmoul-Bohadjar, both 26 and from London, who are accused of collecting or recording information likely to be useful to a person committing or preparing an act of terrorism.

Though the bulk of the trial will be heard in private, a small number of accredited journalists will be allowed to attend the closed hearings. These journalists will only be from those media outlets that made the appeal and the Crown Prosecution Service (CPS), the government department that prosecutes criminal cases, will hand pick them.

That has angered a number of politicians and activists who worry that allowing the CPS to select journalists to attend the trial goes against the British tradition of open justice.

In a statement on his website, the Conservative MP David Davis condemned the trial’s secrecy. “We should be wary of accepting as the new norm in camera trials with controlled journalistic access,” he said.

These comments are the latest in a stream of criticism that the trial has generated. On June 5, the trial made the front pages of three major British newspapers: the Daily Mail, the Daily Telegraph and the Guardian.

Philip Johnston, an editorial writer for the right-leaning Telegraph, wrote: “We are being asked, in other words, to sacrifice one of the key principles of justice – that it should be seen to be done – for security.” Owen Jones, a columnist for the left-of-center Guardian called the trial “an affront to basic principles of justice, and a frightening precedent to boot.”

Lord Gross, one of the appeal court judges who overturned the secret trial, said in his ruling that secrecy is sometimes necessary to protect matters of national security. “For the [intelligence agencies] to operate effectively, at least much of their work is secret and must remain so as a matter of necessity.”

Andrew Scott, associate professor of law at the London School of Economics echoed this. He told TIME: “It is never a question of aspiring to total openness. Most obviously weighing against transparency are matters of national security and highly private personal information, but also, for example, matters that are commercially sensitive or confidential.”

Some legal experts and civil liberties groups have suggested that there is a growing movement towards secrecy in the U.K. courts. After the terrorist bombings in London in July 2007, the British intelligence agency, MI5, angered families of the victims when it attempted to exclude them from hearings on the attacks because they said the evidence would include sensitive intelligence material. This request was overturned the official in charge of the hearings in 2010. In 2013, the British parliament passed a law that extended use of secret information into civil cases.

This practice is known as closed material procedure (CMP), and allows classified information to be introduced in a trial that can only be seen by the judge and by lawyers who have received security clearance.

Scott condemned the proceedings, telling TIME: “CMPs are an abomination in the face of the principle of open justice.” Juan Mendez, the U.N. Special Rapporteur on torture, has also criticized them.

The trial of Incedar and Rarmoul-Bouhadjar has been postponed until October. Full details of the case are likely to emerge at the end of the trial when the accredited journalists will have their notes from the closed hearings returned to them. 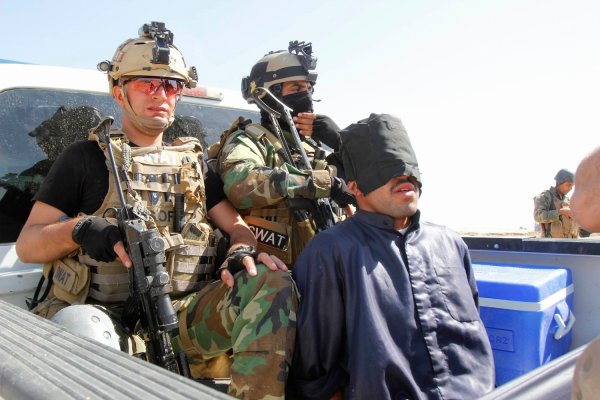