10 States With the Fastest Growing Economies

The United States economy grew 1.9% in 2013, down from the 2.8% growth rate in 2012, as growth in the world’s largest economy remained inconsistent. The largest contributors to the national economy were nondurable goods manufacturing, real estate and leasing, as well as agriculture and related industries.

While the U.S. economy grew less than 2%, the output of a number of states grew well in excess of 3% last year. North Dakota continued its torrid growth pace, leading the nation with a state GDP growth rate of nearly 10%. This year, Wyoming and West Virginia were the second- and third-fastest growing states, respectively, rebounding from slow growth in 2012. Based on data released this week by the Bureau of Economic Analysis (BEA), these are the 10 states with the highest real GDP growth rates for 2013.

There were considerable differences in what drove national growth and what drove output in the fastest growing states, according to Cliff Woodruff, an economist at the BEA. “For the nation, it was nondurable goods manufacturing and agriculture, forestry, fishing and hunting [that] were the top two contributors to national growth,” Woodruff said.

On the other hand, in “five of the top states, [growth] was primarily a result of mining,” which includes oil, natural gas and coal production. Among these was Wyoming, the nation’s second-fastest growing state, where mining accounted for 6.1 percentage points of the state’s 7.6% growth rate.

MORE: The States With the Strongest and Weakest Unions

Outside of those states that benefited from mining activity, a few of the nation’s fastest growing states did follow the national trend, deriving a significant share of their growth from agriculture. Among these were Idaho, Nebraska, North Dakota and South Dakota, where agriculture and related industries added at least one percentage point to growth. These states were all among the top five nationwide for the contribution of agriculture to the states’ growth rate.

Outside the mining and agriculture sectors, however, these states often shared little in common. For example, nondurable goods manufacturing contributed 1.2 percentage points to Texas’ 3.7% GDP growth, a larger contribution than in most states. However, the sector contributed far less in most other fast growing states.

Similarly, Colorado, Oklahoma, North Dakota, and Texas were all among the top states for construction’s relative contribution to output growth. However, construction output was a large drag on growth in both Wyoming and West Virginia, lowering GDP growth by 0.2 and 0.3 percentage points, respectively.

Based on figures published by the BEA, 24/7 Wall St. reviewed the 10 states with the fastest growing economies. The BEA’s state growth figures and the industries’ contributions to growth are measured by real gross domestic product, which accounts for the effects of inflation on growth. GDP figures published by the BEA for 2013 are preliminary and subject to annual revision. Real GDP figures for past years have already been revised. Population figures are from the U.S. Census Bureau and reflect estimated growth between the July 1, 2012, and July 1, 2013. We also used median household income from the U.S. Census Bureau. Last year’s unemployment rates are annual averages and from the Bureau of Labor Statistics. Home price data are from the Federal Housing Finance Agency. Information from the Energy Information Administration was also utilized.

These are the 10 states with the fastest growing economies.

North Dakota has been the fastest growing state in the nation every year since 2010. In fact, the state’s GDP grew by 9.7% last year after it already grew by a stratospheric 20% in 2012 alone. The state’s oil boom, driven by hydraulic fracturing — or fracking — in the Bakken shale formation, has been responsible for much of this growth. Last year, mining directly contributed 3.6 percentage points to the state’s growth rate. Other growing industries, such as real estate and construction, have also contributed to the state’s growth. State residents have benefited from this growth. The state’s unemployment rate as of last year was just 2.9%, the lowest in the nation, while home prices were up nearly 28% over the past five years, also better than any other state.

Wyoming’s economy grew by 7.6% in 2013, just one year after its economy experienced the worst contraction in the nation. The fact that growth rates in Wyoming may be somewhat volatile should not come as a surprise. The state was the nation’s least populous last year, with slightly less than 583,000 residents.. Additionally, the state is highly dependent on the fortunes of the mining sector. Last year, 37% of Wyoming’s total output came from mining, the most of any state. The state’s budget is also highly dependent on taxes from resource extraction. Mining alone accounted for 6.2 percentage points of the state’s 7.6% growth in 2013. Wyoming leads the U.S. in coal production, and all eight of the nation’s largest mines are in Wyoming’s Powder River Basin, according to the EIA. Wyoming is also among the largest states for natural gas production.

After shrinking by 1.4% in 2012, West Virginia’s economy grew by 5.1% last year, more than all but two other states. While West Virginia is well-known as one of the nation’s largest coal miners, the state is also a burgeoning source of natural gas. According to a report by the Bureau of Business & Economic Research at West Virginia University, the state’s coal production is expected to decline in the coming years, while natural gas production has risen dramatically and is expected to continue to grow. However, outside the mining sector, the state had little in the way of growth. Last year’s 5.1% rise in GDP was driven largely by the mining sector, which added 5.5 percentage points to GDP growth, meaning, on balance, the state actually contracted outside the sector. By one measure, West Virginia is among the poorest states in the nation. The median household income in the state was just $40,196 in 2012, lower than in all but two other states.

Seven States Running Out of Water

Why Whole Foods Is Losing Customers 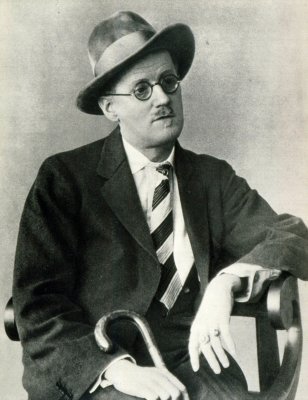 The Magic of Dubliners
Next Up: Editor's Pick