The race for House Republican Whip—who counts and coaxes the votes necessary to pass legislation—is a secret affair, and thus prone to deception. If you added up the votes provided by the supporters of each of the three candidates now angling for the job, you end up with about 240 votes, which is greater than the 233 House Republicans eligible to vote.

It’s this misdirection and scheming that makes the race for an important but notoriously difficult position so much fun to watch. The two story lines so far—this race is about where are you from, a red state or blue state, and about how conservative you are—may be broadly true, but individual relationships and backroom politics also play a role.

Those rooting for Scalise, the chairman of the massive Republican Study Committee, are selling the appeal of a red state leader, since the rest of leadership is likely to be filled with members from states Obama won in 2012—Ohio’s John Boehner as Speaker, California’s Kevin McCarthy as Majority Leader, and Washington’s Cathy McMorris-Rodgers as Conference Chairwoman. Indeed, Scalise has deep support from the south, but Roskam’s backers include southern Reps. Trey Gowdy (R-S.C.), Illeana Ros-Lehtinen (R-Fla.), Diane Black (R-Tenn.), Richard Hudson (R-N.C.), Jeff Miller (R-Fla.), George Holding (R-N.C.), Kay Granger (R-Tx.), Gregg Harper (R-Miss.) and Tom Rice (R-S.C.), a source close to Roskam tells TIME. To shore up more support, Roskam sent out a letter on Friday committing that his chief deputy whip would be named from a red state.

Scalise has blue state support as well, including McMorris-Rodgers and Roskam’s Illinois colleague Aaron Schock. Schock, who left the RSC before Scalise took charge, supports Scalise because of their “great working relationship,” and Scalise’s views on coal, a source close to Schock tells TIME.

Roskam’s team is also pushing back on the charge that he is not conservative enough, although Scalise is clearly has a more conservative voting record. According to a 2013 National Journal ranking, Scalise is one of the top 5 most conservative members, while Roskam doesn’t crack the top 150. But some of the most conservative members still back Roskam, including Hudson, who believes Roskam’s experience makes him better prepared. “I think we need an effective Whip that can count votes,” Hudson told TIME last week. “That’s what I’m more worried about.”

The wild card in the race is Stutzman, who has a Scalise-like pitch that he will bring a fresh perspective and a conservative voice to the table, although he is much closer to Roskam on the National Journal’s scale. Stutzman’s team says he is approaching 50 members, according to Politico, but his competitors dismiss that number as too high. Scalise differs himself from Stutzman with his experience, including whipping votes for a Farm Bill that passed the House last summer without food stamp funding nor a single Democratic vote.

Stutzman’s supporters will prove crucial if a second-ballot were to occur, but Scalise and Roskam supporters are working hard to win on the first ballot Thursday. After several late nights, Scalise spent Saturday up until midnight calling members, then spent a few more hours huddling with his staff, who came back Sunday as takeout containers from Carmine’s and other spots piled up (the garbage men don’t pick up over the weekend).

Over the weekend, Roskam set up a series of conference calls with his deputies, and spent the day working the phone lines Saturday. Rep. Alan Nunnelee (R-Miss.) reportedly made whip calls from his hospital bed for Scalise while the Roskam source tells TIME that Rep. Diane Black (R-Tenn.) did the same during a family reunion. 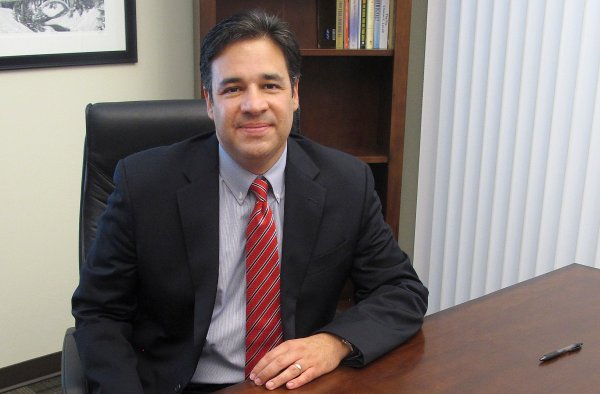 Labrador Aims to Upset in Race to Replace Cantor
Next Up: Editor's Pick