Argentina, the Obama Administration and a host of international financial and humanitarian organizations got a load of bad news Monday from the U.S. Supreme Court. But hedge funds and other investors that specialize in risky international bonds could not be more pleased.

After a 13-year international legal battle that seemed, at times, to borrow its narrative from daytime soap operas, the Court made two decisions Monday morning that will change the way countries borrow and service their national debts. The Supreme Court first declined to hear two cases, choosing instead to leave intact lower court decisions requiring Argentina to pay back all of its bondholders—even those that refused the country’s offers to restructure their debt. The lower court decisions said Argentina was obliged to treat all of its investors equally, even if doing so would force the South American nation to default or sell off military equipment or other vital assets.

The Court then handed down a decision on a new case, Republic of Argentina vs. NML Capital, Ltd, in which a hedge fund and other investors who were owed $2.5 billion in damages demanded that certain banks disclose information about Argentina’s global assets. The Court backed the hedge funds, saying it was perfectly legal for them to subpoena financial institutions, including Bank of America, for information about Argentina’s assets in an effort to help investors get repaid. Assets belonging to foreign countries that fall outside of U.S. borders are still fair game, the Court said.

While all three cases are mired in reams of wonky international finance law, the bottom line is a huge win for hedge funds and other financial firms. The Court decided that when investors buy up foreign countries’ risky (or “distressed”) bonds, they can demand repayment at the same rate as all other bondholders, and seek repayment through all national assets, no matter where those assets are located.

The Obama Administration and many international finance groups think this is a very bad idea. They argue it upsets the delicate balance of foreign countries’ borrowing, threatens international credit markets, and creates incentives for investors to resist the debt-restructuring process, which is vital for many developing countries struggling to provide basic services for their citizens. They say investors no longer have a good reason to agree to less favorable terms in a debt-restructuring deal since doing so does not increase the probability that they will be paid back.

Humanitarian and religious organizations like Jubilee USA said the decision will have the effect of forcing impoverished countries to pay hedge funds rather than use their scarce resources to rebuild domestic social programs or otherwise serve their citizens.

In the lower court cases, which the Supreme Court declined to hear, Argentina’s lawyers described the hedge funds as “vultures” seeking repayment on debt they originally bought at heavy discounts during one of the country’s many economic collapses. They warned the Court that requiring the country to repay all of its bondholders equally “could trigger a renewed economic catastrophe with severe consequences for millions of ordinary Argentine citizens.” They also argued that Argentina would have to sell some of its military equipment to finance the debt, so the court’s decision could have the effect of weakening its military defense.

Both cases attempted to define the scope and limits of Argentina’s obligation to its bondholders, which hinged on two guarantees: that all Argentinian bonds would get “equal treatment,” and that investors’ rights apply equally to everyone. Argentina argued that the “equal treatment” guarantee didn’t apply to everyone to whom it owned money, but to everyone within the same bracket, so to speak. In other words, everyone who had agreed to restructure their investments in 2005 and 2010 would be repaid at the same rate, while those who had refused to refinance would be paid back at the same rate. (In 2001, Argentina announced they would not paid back at all.)

A New York federal court, and later the U.S. Court of Appeals in the Second Circuit, didn’t buy it. Both courts decided Argentina had violated the “equal treatment” guarantee by paying back some of its debtors but not all of them. By deciding not to hear those cases, the Supreme Court allowed those lower court decisions to stand.

In Argentina v. NML Capital, Justice Antonin Scalia wrote for the majority in a 7-1 decision that the Foreign Sovereign Immunities Act (FSIA), which governs such transactions, does not protect foreign countries’ non-U.S. assets from seizure by U.S. firms, where a court has granted their right to repayment. In previous cases, Argentina argued that FSIA only applied to assets in the U.S. Justice Ruth Bader Ginsburg dissented and Justice Sotomayor recused herself.

In her dissent, Justice Ginsburg lambasted the idea that a U.S. court would allow a group of U.S. investors “unconstrained access to Argentina’s assets.” 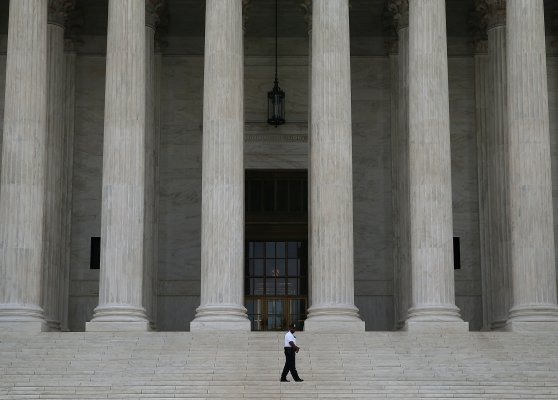 Lies Will Get Day in Court
Next Up: Editor's Pick