President Barack Obama will sign an Executive Order barring federal contractors from discriminating against employees on the basis of their sexual orientation, a White House official confirmed Monday, after years of pressure from LGBT groups and Democratic lawmakers.

The move largely completes the President’s so-called evolution on LGBT issues, which kicked into high gear in 2012 when Obama publicly said he was supportive of same-sex couples having the right to marry. Under the order, newly awarded federal contracts would include provisions barring discrimination against contractor employees. It follows similar Executive Orders designed to require contractors to abide by “equal pay” provisions and raising the minimum wage for contractor employees to $10.10 per hour on new contracts.

“Following on his pledge for this to be a year of action to expand opportunity for all Americans, the President has directed his staff to prepare for his signature an Executive Order that prohibits federal contractors from discriminating on the basis of sexual orientation or gender identity,” the White House official said. “The action would build upon existing protections, which generally prohibit federal contractors and subcontractors from discriminating in employment decisions on the basis of race, color, religion, sex or national origin. This is consistent with the President’s views that all Americans, LGBT or not, should be treated with dignity and respect.”

The official did not say when Obama would sign the order.

The White House had long declined calls to proceed with the order, arguing it was pressuring Congress to pass the Employment Non-Discrimination Act, known as ENDA, which would apply the protections to all American workers. Like the prior orders on wages, proceeding with the unilateral executive action is a tacit admission by the White House of the grim prospects for getting legislation passed through Congress in the coming years. The Senate passed a version of ENDA last year, but House Republicans have indicated they will not bring the bill to the floor in that chamber.

News of the Executive Order, first reported by BuzzFeed, comes before the President is scheduled to attend a high-profile LGBT fundraising gala for the Democratic National Committee in New York on Tuesday. Earlier this year, Vice President Joe Biden told the Huffington Post he did not “see any downside” to Obama signing the Executive Order, even as he called for Congress to move forward on its own legislation.

“By issuing an Executive Order prohibiting federal contractors from discriminating against LGBT people, the President will not only create fairer workplaces across the country, he will demonstrate to Congress that adopting federal employment protections for LGBT people is good policy and good for business,” said Chad Griffin, president of the Human Rights Campaign. “The White House statement today is promising, and we look forward to seeing the details of the Executive Order.” 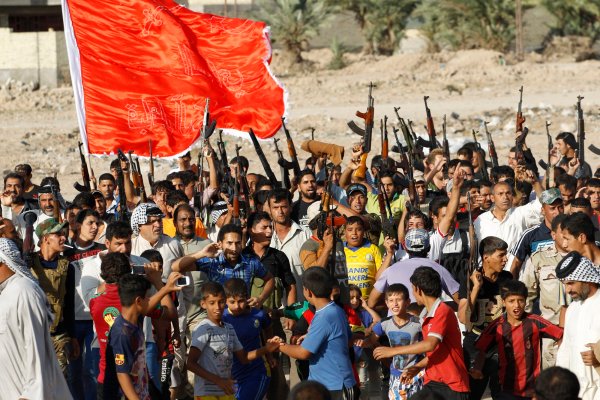 The 'War on Terror' Won't Die
Next Up: Editor's Pick