Marina Abramovic, the self styled “grandmother of performance art,” might be 67-years-old, but she shows no signs of slowing down. Her latest exhibition, 512 Hours, opened at London’s Serpentine Gallery last week to lines so long they spawned their own hashtag on Twitter.

For 8 hours a day, for 64 days – a total of 512 hours – Abramovic and her assistants will walk amongst gallery entrants, directing them to various places around the room, and encouraging them to breath, to relax and to heighten their awareness.

512 Hours is a long way from the Serbian artist’s solo performances of the 1970s. In her infamous Rhythm series, Abramovic stabbed herself, jumped into a burning star, took drugs to induce catatonia, and, most memorably, offered visitors 72 objects, including a scalpel, which they could use on her.

Over the ensuing decades her reputation continued to grow, culminating in her previous show, The Artist Is Present, at New York City’s Museum of Modern Art in 2010. Visitors, among them James Franco and Lady Gaga, were invited to sit across from Abramovic and gaze at her, with many moved to tears.

The artist has attracted such a following that she has created the Abramovic method, which music icon Lady Gaga said she used to kick her marijuana habit. The method involves fasting, slowly drinking water, counting rice grains and gazing into mirrors to develop mindfulness.

Aspects of the method have clearly found their way into 512 Hours, where some visitors are invited to stare into mirrors. Abramovic has also suggested she might incorporate furniture into forthcoming performances.

512 Hours is running until August 25, entry is free and on a first-come, first-served basis. 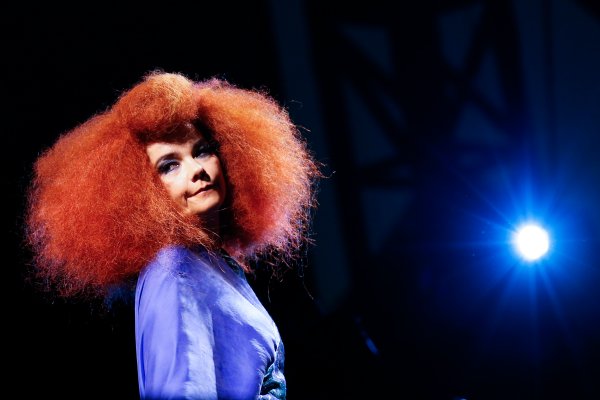 Björk Retrospective Opening at MOMA Next Year
Next Up: Editor's Pick