Why Basic Coding Should Be a Mandatory Class in Junior High

One of the roles our education system is supposed to play is to prepare kids to be responsible citizens, with the skills needed to be successful in adulthood. All of the various classes — starting in kindergarten, where they lay out the fundamentals of reading,writing, sharing and even early math — are designed to be a set of building blocks of knowledge. Each consecutive year introduces new blocks in kids’ education, designed to get them ready for life so that they’re capable of earning a living.

For some reason, all of the classes I took from about third grade forward are still burned into my mind. Even today, I can go back in time and remember how my fifth-grade teacher got me interested in math or how my seventh-grade teacher’s method of teaching Spanish crippled my ability to learn that language due to his “repetitive” teaching methods.

However, one class in seventh grade has become very important to me, as I use the skills I learned in that class every day of my life: That class was my typing class. I can still envision that class as if it were yesterday, with my seat in the middle of the first row, learning to touch-type on an IBM Selectric typewriter. I even remember the line I had to type over and over again as part of a test to determine how fast I typed: “Now is the time for all good men to come to the aid of their country.” I can still touch-type that sentence today in about five seconds. Back then, the goal was to touch type at about 90 words per minute.

While the typewriter is now a thing of the past, typing and keyboards remain highly relevant today. In most cases, they’re the main way most of us enter data into our computers. And understanding the QWERTY layout is important when using a touch keyboard or even when programming our set-top boxes or other devices that use a keyboard for input.

Now, one could argue that kids these days seem to intuitively know how to use technology. Even at an early age, they start touching screens and keyboards, quickly learning how to navigate around all types of digital devices. The need for kids to learn how to code isn’t important, right? While that’s true to some extent, fundamentally understanding how these technologies work and how they can ultimately be customized for even greater functionality would enhance kids’ experiences with digital devices and could become much more important to them later in life.

Anyone that has taken an introductory programming class will tell you that at the very least, it helped them understand basic programming logic, structure and design. Even those who did not go on to become software engineers say that the fundamentals of programming a computer at the coding level has helped them shape how they think logically, has sharpened their common sense and, in a lot of cases, has helped them apply what they have learned to getting more out of their smartphones, tablets, computers and other devices that now populate their lives.

We live in a digital age in which technology plays a role in much of what we do every day. We use technology at the office, at school and at home. Digital devices are all around us. However, in many cases, we barely scratch the surface of what technology can do for us. We pretty much accept the fundamental role technology plays in our lives and mostly use the basic functionality of each of our digital devices.

Yet, when hardware and software designers create devices, they usually add a great deal of features and functions that most people barely use. That’s O.K. in a broad sense, since we “hire” our devices to handle things like phone calls, messaging, music and entertainment. But as technology has evolved, especially mobile technology, we are now holding in our hands real personal computers that can do much more than these fundamental functions. Even our TVs and appliances are becoming multipurpose devices designed to be more than meets the eye.

While most people will never get under the hood to try and change the code of an appliance or device they use, by learning the fundamentals of creating the software code that runs our devices, a person will gain a greater understanding of how their devices work, and would be more inclined to go beyond their devices’ basic functionality.

A coding class would also help them gain a greater understanding of how technology is designed and how software serves as the medium for triggering all of a device’s capabilities. This type of knowledge could be important in a future working environment where they’re called upon to use technology as part of their overall job.

It goes without saying, but understanding how technology works makes it much easier for a person to get the most out of it.

In an important article on GreaterSchools.org, author Hank Pellissier includes a comment from a recognized authority on programming. Douglas Rushkoff, author of Program or Be Programmed and evangelist for Codeacademy, is one of the nation’s leading digital crusaders. He argues that our schools need to incorporate computer programming into the core curriculum or get left behind. “It’s time Americans begin treating computer code the way we do the alphabet or arithmetic,” he writes.

Mr. Rushkoff sees the need to teach coding in order to create more hardware and software engineers to meet the rising demands for skilled tech workers. I agree wholeheartedly with this, since the U.S. is far behind in having a robust technical workforce created within our own borders. We rely heavily on coders in China, India and other parts of the world to meet the high demand for programming skills. I also agree that coding is just as important as other basic learning skills, since technology is now an important part of all of our lives. Understanding coding would give our kids a foundation in understanding how technology works, serving them well even if they do not become professional programmers.

One of my passions has been to help bring technology into the education system: I have worked on the sidelines with the State of Hawaii to champion the role of personal computers in education for decades. It has been rewarding to see how computers have impacted the educational process throughout the U.S., with every school system in America now having some type of computer aided learning programs in use today.

But it’s time for schools to realize that technology is now a part of our lifestyle. Helping our kids understand how technology works at the ground level and how it can be used to its fullest potential needs to be a building block that’s added to the educational curriculum. At best, it could get kids interested in tech as a career. At the least, it could equip them to handle more and more technology-related devices that are now part of our lives. 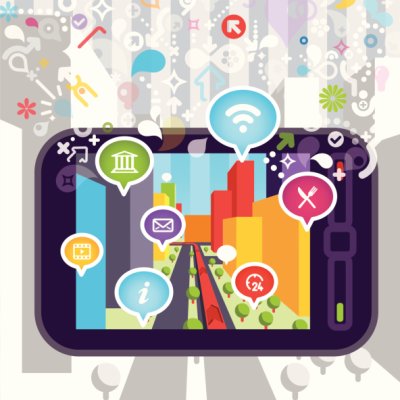 How Mobile Changed the Game -- and Questions About Its Future
Next Up: Editor's Pick