Here Is the Deal With the Bionic Pancreas

The bionic pancreas consists of a smartphone, top, hardwired to a continuous glucose monitor and two pumps, bottom, that pumps deliver doses of insulin or glucagon every five minutes.
Boston University Department of Biomedical Engineering/AP
By Alexandra Sifferlin

Managing type 1 diabetes is an all-day, time-intensive commitment, and scientists are hard at work trying to create one device to take the guesswork—and the hard work—out of keeping blood sugar stable in people with the disease. Now, they’re one step closer, thank to Boston researchers reporting promising results in a recent study.

Researchers at Massachusetts General Hospital and Boston University created a bionic pancreas that automatically measures blood sugar and releases insulin when needed. Here’s how it works. Patients have a sensor that’s implemented under their skin and measures blood sugar in their tissue. The sensor provides that information to an iPhone app, which calculates the amount of insulin needed every five minutes, and that insulin is provided from a pump. Instead of calculating and manually inputting every carb in a meals, the device wearers simply indicate whether their meal size was “typical,” “more than usual,” “less than typical,” or “a small bite” and whether the meal type as “breakfast,” “lunch,” or “dinner.”

The researchers tested the device on two different groups—20 adults and 32 adolescents. The adults wore the implanted pumps for five days and stayed in a hotel room where they could be monitored. They were told to eat and behave however they wanted, with certain limitations on things like alcohol. The adolescents had a similar setup, but they were at a summer camp instead of a hotel. In addition to the bionic pancreas, researchers also monitored the participants’ blood sugar with finger pricks to be sure their blood-sugar levels were being accurately recorded. The results, published in the New England Journal of Medicine, show that the participants had healthier blood sugar when they used the bionic pancreas compared to when they used their standard treatment method.

A diabetic’s pancreas produces very little or no insulin, which is a hormone needed to regulate the body’s blood sugar. That means diabetics have to regulate their blood sugar themselves. For many, this requires pricking themselves throughout the day, then reading their blood sugar levels and determining how much insulin they need to inject. Many diabetics will choose to use an insulin pump, worn outside the body with a catheter attached to an insulin reservoir. The pumps automatically inject insulin into the body, and when diabetics eat, they program the pump with the amount of carbohydrates they’re consuming and their current blood sugar.

The bionic pancreas takes the pump a step further.

The findings are promising, but we are still a far ways off before the bionic pancreas becomes a clinical reality. For one, the study had a relatively small sample size and lasted only five days. What many are hopeful for, is a truly “bionic” and implantable pancreas that could fulfill the role of a functional organ. That’s still a ways off too, but stem cell research is pushing that technology along.

The bionic pancreas doesn’t bring us closer to a cure, but anything that makes this chronic disease easier to manage is a step in the right direction. 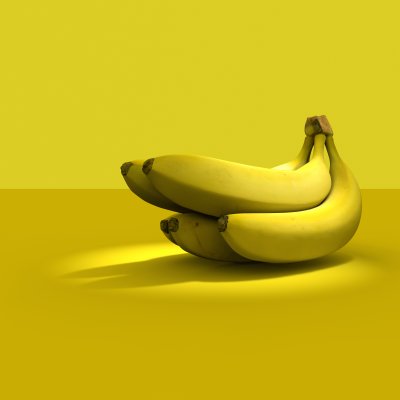 'Super Banana' May Combat Vitamin A Deficiency
Next Up: Editor's Pick