Police busted a 450-pound Florida man for drug possession last week after they found 23 grams of marijuana hidden under his stomach fat.

Authorities said officers pulled over Keithian Roberts and Christopher Mitchell after noticing Mitchell sitting in the front passenger seat without a seatbelt, according to police documents posted by The Smoking Gun. When questioned, Mitchell said he was too large to fasten the seatbelt, but both passengers “appeared nervous,” police. After a drug-detection dog smelled drugs in the car, police found cocaine, a handgun, $7,000 hidden in a tube sock, and 23 grams of marijuana stuffed under Mitchell’s belly fat.

Mitchell weighed 265 lbs. when he was in jail a decade ago for cocaine possession, and goes by the nicknames “Biggie” and “Fat Boy.” 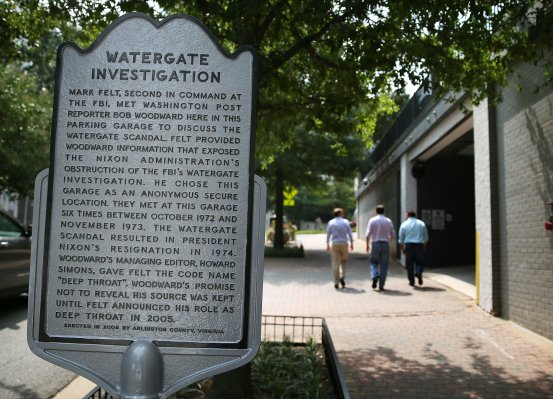 Garage Privy to Watergate Secrets Will Be Destroyed
Next Up: Editor's Pick