By Jared Newman and Matt Peckham

Sometimes, E3’s biggest delights are unexpected. They’re not the subject of endless looping video trailers, or massive billboards on the convention center’s outer walls. Some of them aren’t even on the show floor. Here are eight of our favorite hidden gems from 2014’s show:

Jared: Do I detect a hint of Rolling Thunder in this spy noir, platform shooter? Like that old arcade gem, CounterSpy combines lanky, comic-style characters, cover-based shooting and plenty of vertical movement between platforms. But it also throws in a dash of stealth combat, a soundtrack full of twangy guitars and a tone that vaguely mocks the Cold War–enough to look like the game Rolling Thunder might have become if it hadn’t been forgotten.

You play a secret agent trying to maintain the balance between two rival superpowers–not exactly the United States and Soviet Union, but close enough–by playing both sides against the middle. This involves all the usual secret agent stuff: infiltrating compounds, stealing documents and securing launch codes. Is CounterSpy breaking barriers in gaming? Probably not, but it looks like a blast anyway.

Jared: Though I’m pretty sure the world would be okay without any new zombie games, Dying Light makes the case for having just one more. By giving players parkour-like climbing abilities, the emphasis here is on sticking to the rooftops and avoiding the hordes below. At least that’s the case until you’ve managed to craft some more powerful weapons, or a grappling hook to help you scurry along. There’s an air of The Walking Dead here as well, as players will deal with both friendly and hostile humans along the way.

Matt: After the spectacle of Sony’s press event, my first chance to sample Pixelopus’ Entwined — a game about separated lovers you’re tasked with bring together — was at Sony’s press booth. At first blush, it reminded me a little of Tempest (the look I mean, not the gameplay).

In Tempest, you roll a claw-like ship around a 360-degree field made up of vector graphic segments. In Entwined, you roll paper mache-like representations of a bird and fish, each guided with one of the gamepad’s thumbsticks simultaneously, around a 360-degree moving tunnel (each creature gets half, or 180 degrees) as you attempt to align them with vector graphic patterns or glowing orbs. Pull off enough of these in a level and the creatures will merge, transforming into a dragon (and the game into a meditative free-roaming exercise, until you’re ready to split them apart and take on the next lifetime).

I’m probably selling the visual design short: The playing field resembles more the shimmering, kaleidoscopic time-tunnel Doctor Who’s TARDIS hurtles through, only here that tunnel’s filled with obstacles that grow in complexity and race by at increasing speeds. It’s the sort of experience you might reflect on using words like hypnotic, contemplative, uplifting and so forth. And yet there was nothing pretentious about it: artfulness without a trace of ostentation.

Jared: Tucked into a private presentation on indie games for Xbox, Get Even is so ambitious that it could either be an unexpected triumph or a total disaster. You play a detective who must explore his memories–many of them based on gritty locales in real-life Poland–to alter the future.

In one sequence, the player identifies a shooting victim with the help of facial recognition smartphone software, then returns to an earlier point in the memory with a rifle to attack the assailants. Moving in slow motion, he finally finds the victim staring at the end of a gun, and takes the victim’s place in front of the fatal bullet. Players will also get to choose between alternate story lines and, in a nod to Dark Souls, encounter other players in parallel dimensions. There’s a lot going on here, but at the very least it’s not the risk-averse fare that dominates the show floor.

Matt: Finally, a developer that knows what the PS Vita’s rear touchpad is for. In Murasaki Baby, a game about guiding a frightened child through a nightmare-scape by way of Tim Burton and H.P. Lovecraft, you cycle through eerie backgrounds on-the-fly using the Vita’s rear touchpad. Only here those backgrounds harbor gameplay devices, each designed to help provide — or hinder — solutions to environment-related puzzles.

Cycle in a purplish, storm-filled background, for instance, and the resultant rain can fill a reservoir to lift a low-lying object. Cycle in an orangish background sporting a windmill and you’ll unleash a gale force that blows enemies (like flying safety pins) away. The demo suggested an only mildly difficult game, action-wise, but then the emphasis seemed to be on synchronizing background and foreground, wielding gameplay elements that set (and reset) the narrative tone on the fly.

Ori and the Blind Forest

Matt: If Level 5 and Studio Ghibli’s Ni No Kuni was a paean to filmmaker Hayao Miyazaki’s whimsical moods, Ori and the Blind Forest — a puzzle-platformer from Moon Studios — looks more like a hat tip to the kodama forest sequences in Princess Mononoke.

At this point we know relatively little about the game itself. You’re a tiny, nimble, glowing creature — your own source of light. You collect energy cells to boost some kind of internal power source that lets you spawn save points. You’ll accrue points that let you unlock new abilities. And there’s a lot of Metroidvania back-and-forth leaping, plummeting and spelunking as you plumb the game’s dark fantasy depths.

For the record, Ori seems nothing like Ubisoft’s Child of Light, which wed a narrative told in poetic verse to a platformer in which hostile encounters triggered turn-based battles. Battles in Ori are in real time, and the coming-of-age exposition looks to be relayed through straightforward encounters, not rhymed narration.

Jared: Yes, it’s another entrant in the “puzzle game with a deeply philosophical storyline” genre, but I’m intrigued by how The Talos Principle introduces a tug-of-war between a godlike entity and a computer program. In between rounds of brain-teasers, the player must decide how to interact with these two forces, in turn shaping the game’s outcome. This is a pretty big departure for Croteam, best known for its frantic first-person shooter Serious Sam, and it’s brought in writer Tom Jubert (The Swapper) to help the company indulge its artistic side. Here’s hoping it turns out well.

Jared: Jon Blow’s next indie masterwork has been five years in the making, and it’s now at a point where the entire world is open to explore. Sadly, a 30-minute demo wasn’t nearly enough to cover it all, as The Witness’ obtuse puzzles were mostly impenetrable to my E3-addled brain.

And yet, the grounds offered enough interesting architecture–a hedge maze here, an abandoned foundry there–that I was happy to just poke around for a while. The fact that all of this happened in a quiet room, away from the show floor and devoid of over-attentive PR representatives, couldn’t have hurt. I’m still thinking about how I’ll nail those puzzles eventually. 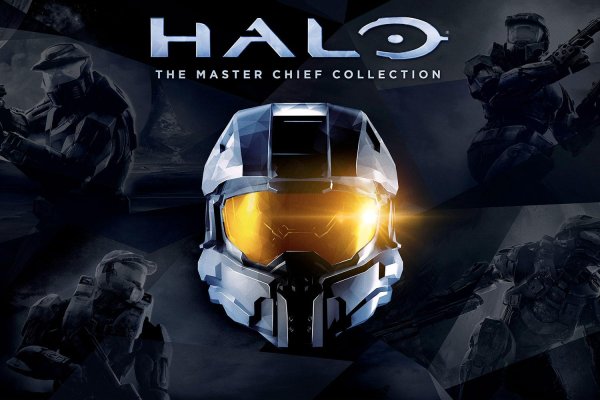 The Inside Scoop on the Halo Master Chief Collection
Next Up: Editor's Pick