Luxury carmaker Audi has hired Ricky Gervais to plug its latest vehicle. The biting British comedian appears in a series of ads for the new 2015 Audi A3 sedan. In the main 60-second spot (below), Gervais, along with other celebrities such as comedian Kristen Schaal and boxer Claressa Shields speak the opening lyrics to Queen’s “We Are the Champions.”

Another spot (above) features Gervais sitting in an Audi A3 with his niece as she uses the car’s new 4G LTE wireless capability to look up people badmouthing Gervais on Twitter. “Ricky is a pig-nosed troll,” she recites, among other insults. The new Audi, which launches in April, will be the first U.S. car with 4G LTE.

The ads are part of Audi’s ongoing “Uncompromised” campaign, which also included the “Doberhuahua” spot during the Super Bowl. The series also features small video vignettes that profile the individual characters in the main 60-second commercial.

With the A3, which costs less than $30,000, Audi is attempting to bring luxury cars to a broader market. Mercedes is also pushing its prices down, having launched the $29,900 CLA last year. Automotive analysts told Ad Age that at such a price point, car companies can convince middle class families to upgrade from a Honda Accord or Toyota Avalon to a luxury brand. 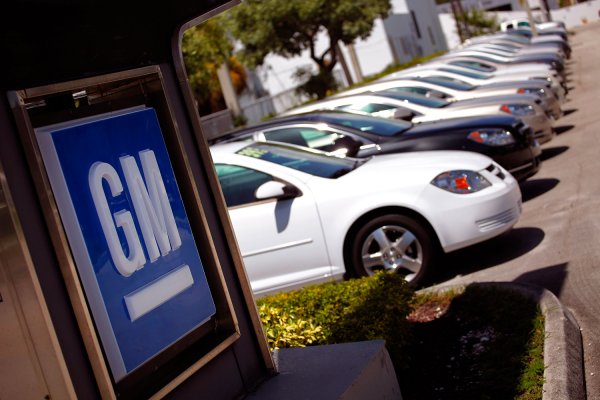 GM Recalls Another 1.5M Cars
Next Up: Editor's Pick