Thousands of Iraqis Flee to Kurdish Territory to Escape Unrest

Children and families at a newly made refugee camp near Khazar check point in Mosul, Iraq on June 11, 2014.
Barcroft Media/Landov
By Rebecca Collard/Khazir

What was last week just a dusty plot of land next to a Kurdish military checkpoint in northern Iraq is now a temporary home to at least 500 Iraqis who fled Mosul as Islamist militants took their city.

The Islamic State of Iraq and Syria (ISIS), has rapidly taken swathes of Iraqi territory since the start of its ongoing assault. It also vows to take the capital of Baghdad.

“We left our home at 5 a.m.,” said Miriam, who did not want to give her last name. She fled Mosul with her husband and four children, and her family’s now among the hundreds at the Kurdish site. “The neighbors told us that by 8 a.m. they were in our house.” Miriam’s husband often worked as a driver for police and army personnel, and friends told them ISIS was making threats against him. “As we left we were stopped at an ISIS checkpoint,” she said. “There was one Iraqi and one Syrian.”

ISIS is now in control of Mosul as well as stretches of land from Falluja in western Iraq to the eastern edge of Aleppo in Syria. It also controls parts of the Iraq-Syria border.

As ISIS entered Mosul, the national Iraqi army put up little resistance, with many abandoning their posts, stripping off uniforms and leaving weapons and military vehicles — some American-made — in the hands of the militants.

“They came on white pick-up trucks. All of them in the back with their modern weapons,” said Loay Annaqi, who also fled Mosul. “As ISIS came in, the army left. They just fired a few mortars.”

Annaqi and his family are now staying in one of 100 tents in this camp. The floor and walls are made of plastic sheets and they bake under the harsh Iraqi sun. They don’t have running water or electricity. Yet, Annaqi says he never wants to go back to Mosul, fearing ISIS wants to consolidate these lands and establish an Islamic state.

“Every place they go they put up their black flag,” said Annaqi.

But most feel safe here in the Kurdish territory. In recent days the well-trained Kurdish Peshmerga fighters have successfully battled ISIS around Kirkuk, the contested oil-rich city in the north, and some here now see Kurdish military strength as a bargaining chip for the sovereignty-seeking Kurds.

As ISIS moves toward Baghdad, Iraqi politicians and religious leaders are calling on citizens to defend their cities, heightening fears that Iraq could face a fresh, all-out civil war along a Sunni-Shi’ite divide. ISIS is a radical Sunni Islamist group too extreme even for al-Qaeda, which distanced itself from the militants last year.

But ISIS has sympathy here. Discontent with the Shi’ite-lead government of Prime Minister Nouri al-Maliki is rife, particularly among the Sunni population. Mosul, Iraq’s second largest city, is primarily Sunni. Sitting in a refugee tent, Abu Mohamed, who didn’t want to use his real name, says al-Maliki is worse than ISIS.

“Since al-Maliki took over power he did nothing for us. No services. Just jailing people and oppressing people,” he said, echoing the complaints of many Iraqi Sunnis. “We have bad, and we have worse.”

Mohamed’s eldest daughter sits in the corner. Her husband was killed by a militant group in 2012 while he was working with the Iraqi government. But despite losing his son-in-law, Mohamed still says ISIS is better than al-Maliki, revealing deep sectarian tensions.

“I left because I have a family and was worried about the violence to come,” said Abu Mohammed. “So far ISIS is not targeting civilians. They target the army, the police and government institutions.”

But there have been many reports of attacks and summary executions. The United Nations High Commissioner for Refugees (UNHCR) estimates there are now around 300,000 Iraqis taking refuge in Kurdish territory. Catherine Robinson, a UNHCR spokesperson,says Kurdish residents have welcomed the refugees with blankets, groceries and even hot meals.

However, there are decades of tensions between Iraqi Arabs and Kurds. In their semi-autonomous region, Iraqi Kurds have achieved relative prosperity and security. It’s unclear how far the Kurdish welcome will stretch if Arab refugees continue to pour into their territory.

“We are still seeing people crossing the border, leaving the Mosul area, fearing there might be more violence in the coming days,” said Robinson. “At this point we are bracing ourselves for more people.” 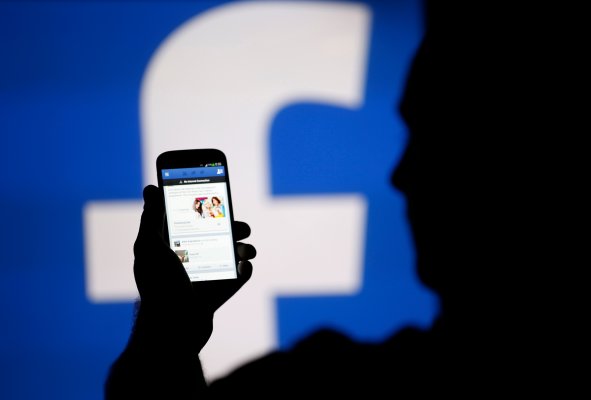 Social Media Blocked in Iraq Amid Increasing Violence
Next Up: Editor's Pick