At King’s College, bitcoins—used to purchase items from satellite TV to illegal drugs—can now be used to pay tuition.

The New York City school announced Friday that it will accept bitcoin payments, the first accredited U.S. college to do so, according to a press release. Through a partnership with Coin.co, a company that facilitates bitcoin transactions, King’s College will allow use of the digital currency to pay tuition, submit donations and deal with other expenses.

The school hopes this move will immerse students in new technology, as bitcoin has become increasingly popular over the past year. It will also eliminate the 2-3% transaction fees charged to the college when students pay tuition via credit card, as Coin.co does not have transaction fees.

“Allowing bitcoin to be used to pay for a King’s education decreases our costs while simultaneously allowing our students to be a part of this exciting new technology,” King’s College President Dr. Gregory Alan Thornbury said in the statement.

The school follows the trend of two other higher education institutions that accept bitcoin: Cyprus’ University of Nicosia in November, and the UK’s University of Cumbria in January. The University of Puget Sound accepted an alumnus’ $10,0oo donation via bitcoin in February, though the Tacoma school does not have an official bitcoin payment policy.

Currently, a semester’s tuition at King’s College costs about 28 bitcoin. 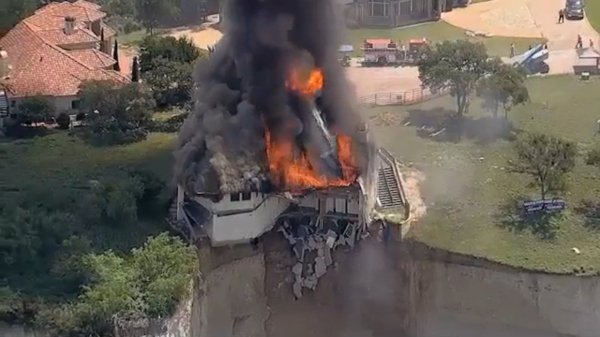 House Teetering on Cliff Burned Down
Next Up: Editor's Pick