Obama: We're Not Sending American Troops Back to Iraq

President Barack Obama said Friday he is still weighing “selective actions” by the American military in Iraq to slow Sunni extremist fighters marching towards Baghdad, warning the insurgents “could pose a threat eventually to American interests as well.”

Speaking from the South Lawn of the White House, Obama said any American military action would be limited and short-term, and that it would only be initiated if the Iraqi government develops a political plan to put the country on the path to stability.

“The United States is not simply going to involve itself in a military action in the absence of a political plan by the Iraqis that gives us some assurance that they’re prepared to work together,” Obama said, noting sectarian strife and the Iraqi military fleeing in the face of a less-numerous force.

“We will not be sending American troops back to Iraq,” Obama said, as his administration plans a combination of increased military and intelligence assistance, as well as airstrikes. “The United States will do our part, but ultimately it’s up to the Iraqis.”

More than three years since the last American combat troops left Iraq after an eight-year conflict that cost more than 4,400 American lives, Obama said the United States still has interests in Iraq, but can’t solve all of the nation’s problems for it.

“We have enormous interests there, and obviously our troops and the American people and the American taxpayers made huge investments and sacrifices in order to give Iraqis the opportunity to chart a better course, a better destiny,” Obama said. “But ultimately, they’re going to have to seize it. As I said before, we are not going to be able to do it for them.”

Seeking to calm shaky energy markets, Obama said it would take “several days” before he makes any final determination on strikes against the Sunni fighters, who’ve spilled over from Syria’s civil war and are known collectively as the Islamic State of Iraq and Syria (ISIS).

“People should not anticipate that this is something that is going to happen overnight,” he said. “We want to make sure that we have good eyes on the situation there. We want to make sure that we gathered all the intelligence that’s necessary so that if in fact I do direct and order any actions there, that they’re targeted, they’re precise and they’re going to have an effect.”

The president pledged to keep congressional lawmakers and the American people informed as he makes any decisions going forward. The White House has not said whether Obama would seek congressional authorization to launch airstrikes in Iraq or would rely on Bush-era authorizations. 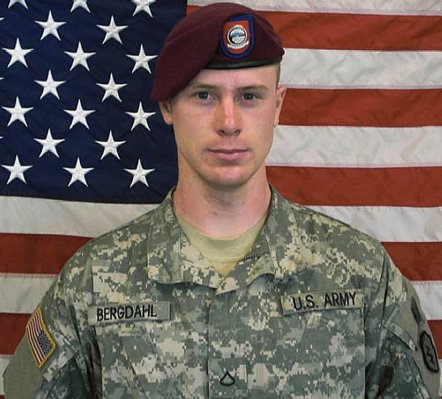 Bowe Bergdahl Is Back
Next Up: Editor's Pick