You’ll Never Guess the Real Name for a Hashtag

The word hashtag has officially been added to the Oxford English Dictionary, the OED announced in a blog post Friday. But that’s not the most exciting thing in its announcement.

The word hashtag denotes the symbol deployed in front of a word or phrase on social media to loop the post into a wider conversation on the topic but it has #already taken on a #life of its own, used in #some #cases as a self-referential #joke or to #make #fun of #people whose social posts are #so2011.

But you, sophisticated TIME reader, already knew all of that. What you may not have known is that there was already a word for hashtag. And it isn’t the “number sign” or the “pound sign,” as it was called back in the #DarkAges before Twitter.

The technical term for a hashtag is “octothorp,” according to the OED; octo, in reference to the eight points in the figure, and Thorpe, OED says cryptically, from “the surname Thorpe.” Whatever that means.

“Hash probably arose as an alteration of ‘hatch’,” OED says in its blog post, “originally in the phrase ‘hatch mark’. By 1961 hash was being used in computing contexts to refer to the octothorp symbol, especially in computing and telecommunications contexts.” 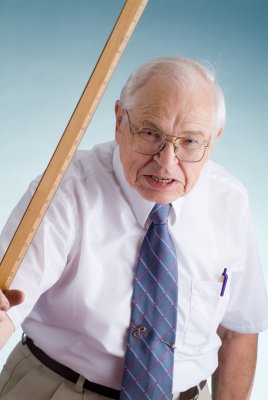 Here’s What to Say to That Jerk Who Corrects Your Grammar
Next Up: Editor's Pick