With 4 Hangings in 2 Weeks, India's Women Are Living in Fear

Demonstrators from All India Democratic Women's Association hold placards and shout slogans during a protest against the recent rape and hanging of two teenage girls, in New Delhi, May 31, 2014.
Adnan Abidi—Reuters
By Per Liljas

The body of a woman was discovered hanging by her scarf from a tree in the Indian state of Uttar Pradesh on Thursday morning, becoming the state’s fourth such female victim in only two weeks.

Relatives of the dead 19-year-old have filed a report claiming she was raped and murdered, but a district police information officer told the New York Times that a preliminary postmortem examination had found no evidence to suggest rape.

Yet the grisly discovery adds to increasing concerns for women’s rights throughout the region. Most recently, the rape and hanging of two teenage sisters in the same state caused nationwide outrage and global headlines.

“This is not something that is particular for Uttar Pradesh,” Amnesty International India’s senior researcher Divya Iyer tells TIME. “These sporadic news of rapes bring the issue to the fore, but it is important to see it as a continuum. For every case of rape, there are many more that are not reported, because of the stigma attached and the fear of reprisals.”

Iyer points out that the region’s women labor under patriarchal concepts of honor, with caste issues also causing great vulnerabilities.

“The gender-caste intersection plays into power dynamics that not only make it difficult for victims and relatives but also for whole communities to bring cases to the police,” she says.

India has toughened its laws on rape in the past year, but Meenakshi Ganguly, South Asia Director of Human Rights Watch, says that the fact that perpetrators still deliberately commit rapes “reflects a serious breakdown in rule of law.”

A recent study found that around 30% of poor women risked violent sex assaults because they lacked access to safe toilets. Activists are urging Prime Minister Narendra Modi to go through with the sanitation program he has pledged — to build “toilets, not temples.”

Other government officials have made statements that have drawn straight out ire. The head of Uttar Pradesh’s governing party told an election rally in April that “boys will be boys” in response to a proposal for gang rapists to be executed.

“It is important to hold politicians accountable for their statements in order to send the right signals to the community,” says Iyer. 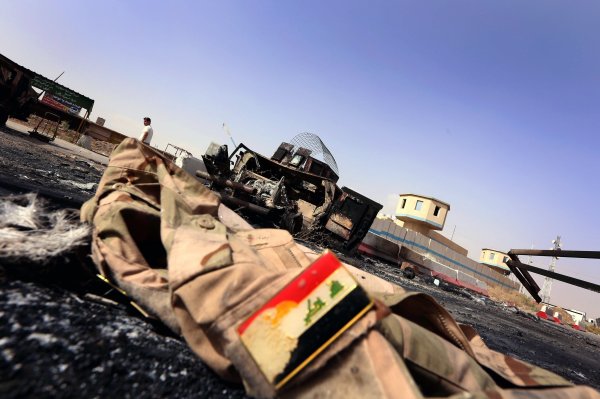 U.S. Contractors Evacuating Iraq Amid Turmoil
Next Up: Editor's Pick